The Uses of History 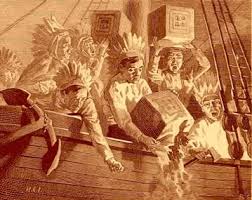 It’s not that those who don’t know history are condemned to repeat it.  Rather, those who don’t know about the past become victims of the waves of enthusiasm perpetrated by others.  History provides context for the present; it’s not that history repeats itself in some predetermined line (or cycle or pendulum), but that what we live through now is never without precedent or analogue.  When we learn about the past, we see contingencies, things that could have turned out differently (We’d like to believe Martin Luther King that the arc of history bends toward justice, but we know it’s hardly smooth or static-free.)  Knowing history helps us make sense of the present, and to have a clearer view of possibilities for the future, and the difficult work that social change entails.

Alas, Americans are too often unduly proud about their shared ignorance of the past, and get sucked up in the overwrought urgencies of the moment.

The huge Republican victories have led even mass media commentary to turn back as far as 1994, when the Republicans made huge gains running against Bill Clinton, and gained control of both the House and the Senate.  But there’s good writing around the web last week that takes us back even farther and offers a better sense of how open the present moment is. And Politico, seeking context and comparisons for the Tea Party movement, has published commentary from leading historians of twentieth century America.

about Depression era politics in the United States, reviews the sometimes populist movements that Franklin Delano Roosevelt faced, including Huey Long’s Share our Wealth Movement, populist radio preacher Father Coughlin, and The Townsend Plan.  The campaigns contained all the optimism and ugliness of popular movements in America, and were far more volatile than the current Tea Party.  Roosevelt succeeded, in part, by harnessing the populist rhetoric and connecting it to his own policies for using government to help the American people.

Robert Dallek, author of many books, including at treatments of at least seven presidents since William McKinley, gives a brief survey of Populist movements and presidents, dating back to the Populist party of the 1890s and up through the reactionary John 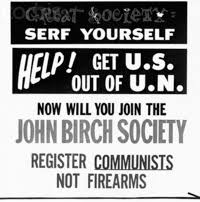 Birch Society of the late 1950s and early 1960s (whose ideas have found new expression in Glenn Beck’s lessons).

American populism has skewed both left and right over the generations.  It’s oddly ironic that a contemporary president can be condemned as elitist for proposing to guarantee health care for all Americans, and to tax the richest two percent of Americans at marginally higher rates.  The current Tea Party, fueled by very large business interests and animated by frustrated Americans at the grassroots, is an unstable alliance that offers rhetoric about government for all and policies that defend the interests of the very wealthiest.

Democratic politicians, including President Obama, and the mostly dormant movements of the left, will bear a great deal of responsibility for how well that Tea Party alliance holds together.

Author and professor of Sociology and Political Science at the University of California, Irvine
View all posts by David S. Meyer →
This entry was posted in Uncategorized and tagged Brinkley, Dallek, demonstration, Glenn Beck, history, Huey Long, Populism, tea party. Bookmark the permalink.