Remembering the shootings at Kent State 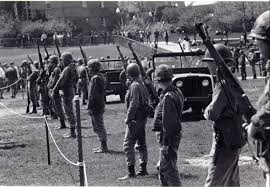 2 Responses to Remembering the shootings at Kent State