Does the student campaign spread?

Activists copy things that seem to work, but the recipe for success in one place doesn’t always translate elsewhere.

Of course, students around the United States found inspiration and encouragement from the Missouri students’ successful blitz of their university president.  There were student protests, a hunger strike, a clear statement of a central demand, and the support of the football team–and its coach and athletic director. 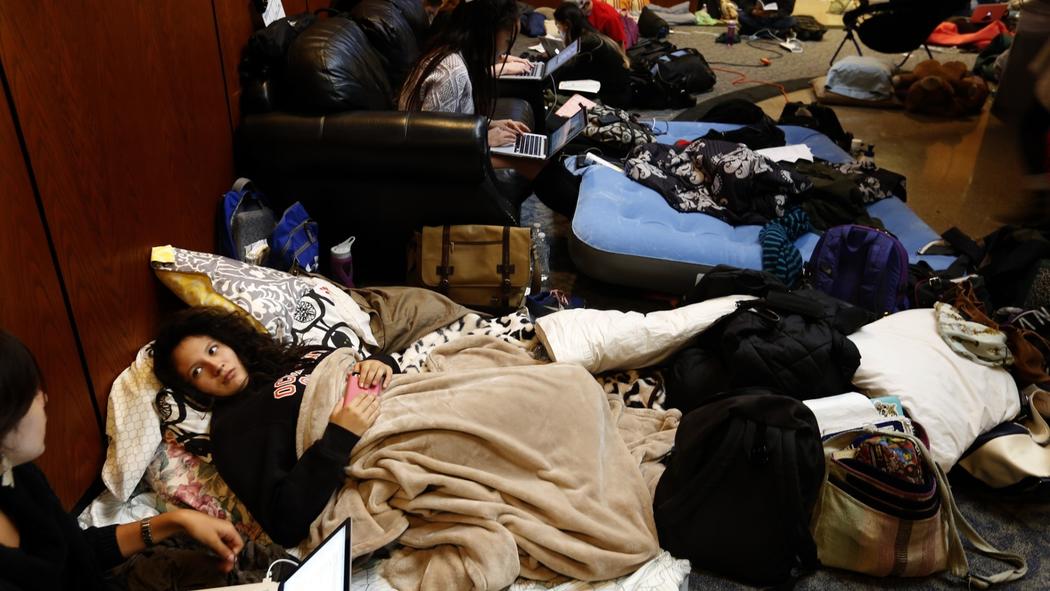 Some of this translated to Occidental College in Los Angeles, where student activists were also concerned about the racial climate on campus and the under-representation of Blacks and Latinos in the student body and on the faculty. Student activists unified behind a first step by demanding the ouster of their own president, Jonathan Veitch.

Activist students, clear demand, but that’s not always enough. President Veitch isn’t as vulnerable a target. He has a long record of academic scholarship and administration. This means that he’s quick to call a meeting. The  Occidental Tigers haven’t lined up against him, and Division III football teams can’t throw around as much weight anyway. Most important, Occidental is a private school, and Veitch answers to a Board of Trustees who don’t have to answer to any elected officials.

Now the students are holed up in an occupation of an administration building, maintaining their call for resignation and publicizing other demands as well (the list and responses here): more Black faculty and students; more funding for Black student organizations; a Black Studies major; demilitarizing campus police and taking bullet proof vests from them; and new training and new staff to support diversity.

Each demand starts its own conversation, with committed supporters and 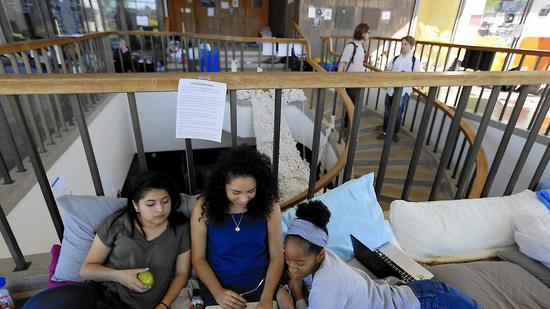 skeptical opponents (except for the vests: the campus police are more than skeptical). It’s tougher to get the rest of the world to focus, and easier for opponents to pick away at the details.

It’s not over, but university presidents are harder for students to dismiss than the Missouri events would have us believe.  This administration is responding, creating new administrative positions, moving some money around, and stepping up efforts to diversify the faculty. But scoring responsiveness to student demands is tricky, especially when Occidental promises efforts and commitments to consider.

Meanwhile, I’ve been thinking that the campus reforms of the past twenty years, where administrators have been encouraged to treat their students as customers rather than charges, creates a circumstance in which administrators have to take every demand seriously.