Protest, violence, and the Trump campaign

Selling himself as a man of action, not bound by law, conventional standards, or “political correctness”–whatever that is, Donald Trump is determined to keep control of his events, even if that includes letting his supporters or staff lose control. Trump has commissioned a large and aggressive force to maintain order.

Maybe it’s generic paranoia, or a megalomanical sense of the threat he represents, or 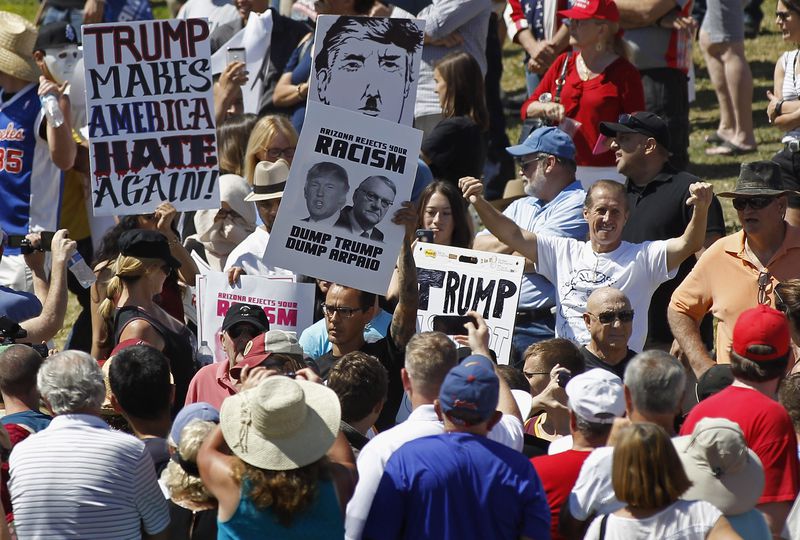 maybe a realistic evaluation of how much he angers people, but Trump has determined that the Secret Service agents provided him (and other candidates for the presidency) aren’t enough. To be sure, other candidates–if they can afford it–supplement local police and Secret Service, but at least this year, none been able to generate the violence that has become endemic at Trump rallies. Then again, maybe no one else is trying.

At Politico, Kenneth P. Vogel and Brianna Gurciullo detail the development of harsh private policing at events intended to project an impression of power and unity. The story details armed security forces destroying signs, provoking confrontations, and forcibly removing people from events if they think might be critical of Trump, including journalists. Often, the security forces can tell by age, color, clothing, and gender. (Elsewhere, this is called profiling.) 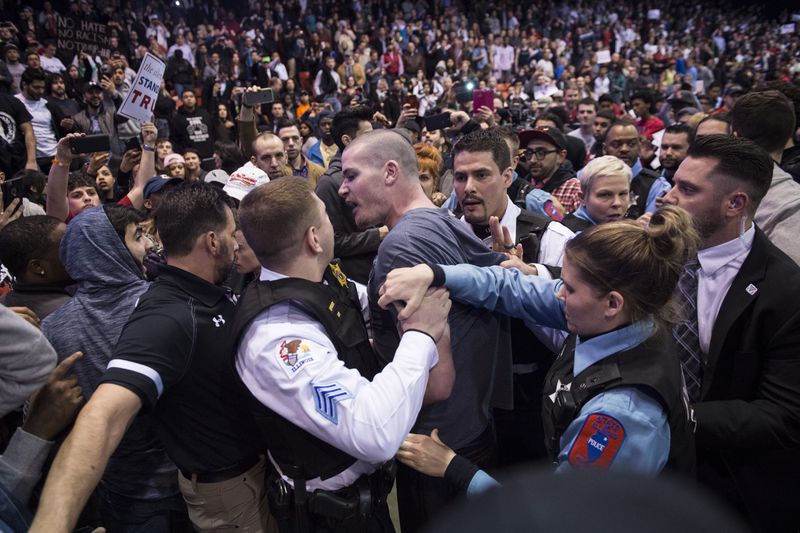 The threat of violence keeps the media presence at Trump events large, and also helps keep the crowds coming. Anything can happen. Paradoxically, this threat of violence also keeps the protesters coming. At Vox, Dara Lind says the tendency to overreact makes the Trump rallies a more attractive site for activists. Confrontation with professional security–or even the volunteers caught up in the moment, makes for dramatic images that could go viral, giving the demonstrators a chance to reach a broader audience. It’s not about inviting discussion about immigration policy or civility, as Lind notes, but creating a ruckus large and visible enough to engage bystanders–even those watching on a screen hundreds of miles away.

And provocation provokes provocation. Last week, in advance of today’s Wisconsin primary, Trump scheduled a rally in Speaker of the House Paul Ryan’s home town. (Ryan has, timidly in my view, criticized the tenor of Trump’s candidac 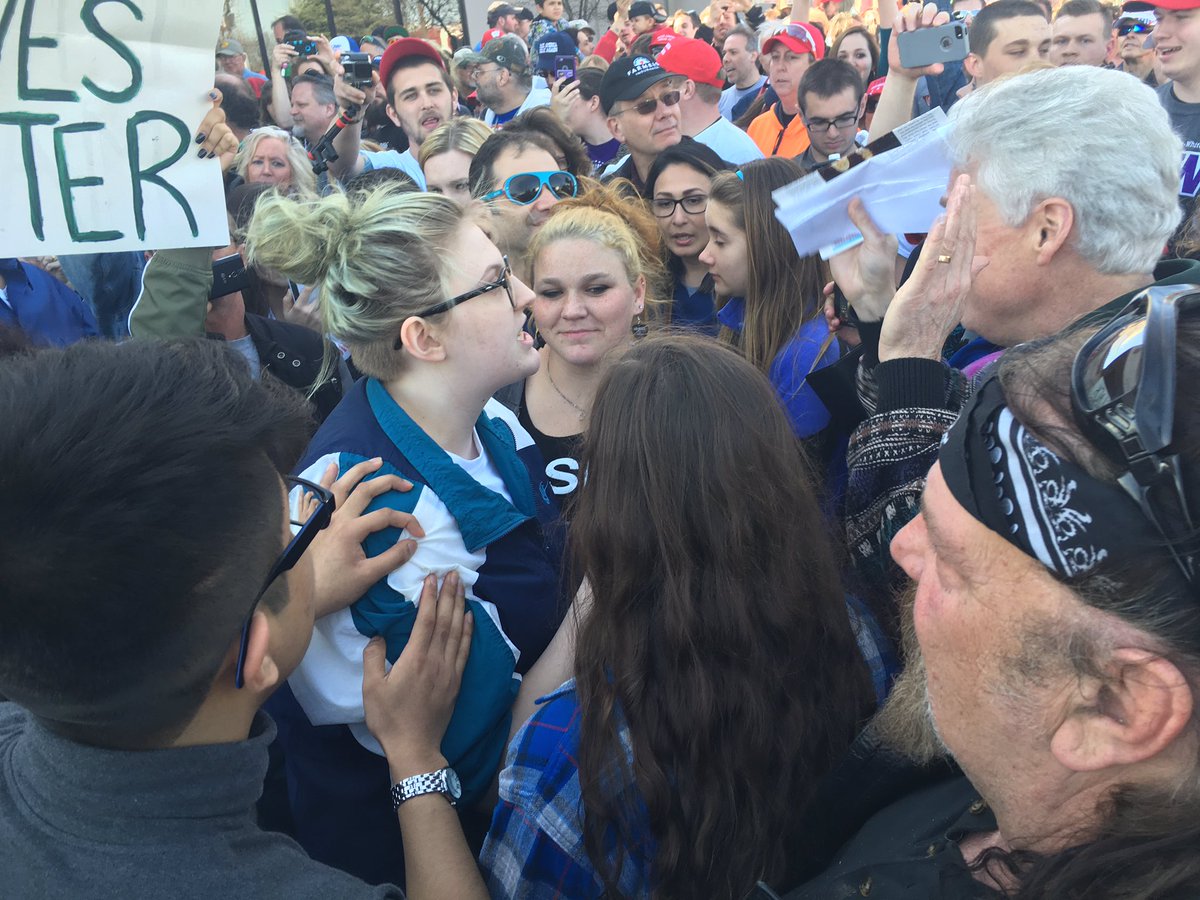 y, the violence, and the lack of civility. Trump took it right back to the Speaker. And Trump opponents showed up as well, vigorously criticizing the candidate’s racism.

Shouting and swarming led to screaming and pushing and a (volunteer) Trump supporter at right pepper spraying a teenage girl. (You might not have known that you wanted to bring pepper spray to a political rally–just in case.)

Confrontation like this is polarizing, inviting spectators to take sides. Everyone involved has bigger concerns than Donald Trump–except, of course, for Trump himself.