Protest in the Trump era, part 1 of….

Donald Trump’s opponents didn’t wait for his election, much less his inauguration, to take to the streets.  As candidate and president-elect, Trump has been consistent in provoking organized protest. Over the past few days, activists have staged creative, disruptive, and occasionally destructive actions, questioning the legitimacy of this new president.

Demonstrators mean to show not only their rage, but their unity and also their commitment.

As always, the most creative, 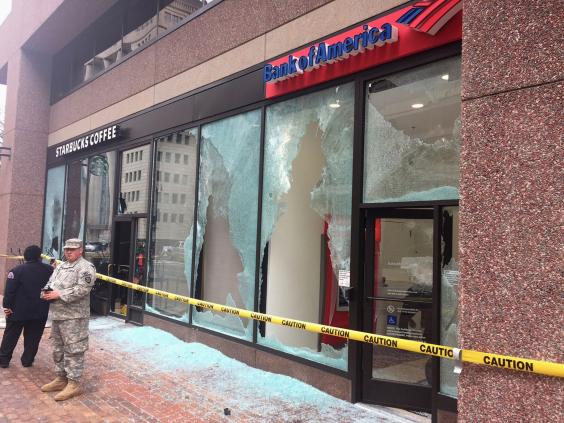 Trump’s supporters will use the violent demonstrators to represent the entire movement, announcing their support for the institutions, and by implication, Trump. The overwhelming majority of the overwhelming numbers of people who oppose the new president–or at least some of his agenda–are extremely unlikely to see the political utility, much less wisdom, of breaking a window at Starbucks.

The women’s march, scheduled for tomorrow, along with hundreds of sister marches, has emphasized a commitment to nonviolence, even if it accompanies fierce confrontation. The commitment reflects both strong ethical and practical considerations.

Polarization, by itself, isn’t necessarily a bad thing, particularly when most Americans are decidedly unsupportive of a President Trump. T

he challenge is to find creative ways to draw attention and provoke responses where a larger share of the audience sides with you. Perhaps the Queer Dance Party, outside new Vice President Mike Pence’s residence, was a way to do so.

Here too, the reaction of the target matters. Mike Pence, because of experience, wisdom, or disposition, has generally avoided responding to attacks with confrontation. Sometimes, he knows, it’s smart to remain silent.

There’s no reason to think that Trump has learned this lesson.

1 Response to Protest in the Trump era, part 1 of….