A day without…. a note on strikes

Today organizers of the Women’s March are staging a strike….of sorts.

The fundamental logic of a strike is coercive. People refuse to do what’s expected of them (e.g., work, take public transit, pay taxes), forcing those dependent on cooperation or quiescence to consider different policies. Although some practitioners, like Gandhi, consistently explained that it was about convincing your opponent of the justice of your position, this stance isn’t completely forthcoming. Economic and political leverage advantage even the strongest moral argument.

Mostly, we think about strikes in the context of the labor movement. Workers seeking better wages or working conditions refuse to do their jobs until they get what they want. 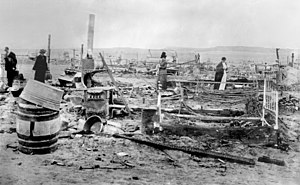 Disruption of business is critical for getting anything: coal stays in the ground; cars aren’t built; kids aren’t taught. If concessions or accommodations come, they result from pressure as well as moral suasion.

A strike like this is difficult and costly for the strikers as well as their targets. Workers who aren’t working don’t earn money. It can be dangerous as well. Workers who refuse to go to work can lose their jobs. Even worse: Employers have used police, private or not, to break up strikes and strikers.  Awful: In 1913 Colorado National Guardsmen burned a strikers’ encampment, killing children and wives, as well as strikers in the Ludlow Massacre.

The leverage that women can exercise and the risks they broker are, at least, different.

Greek comedy provides a wonderful model: Aristophanes’s Lysistrata.  The titular heroine organizes the women of Athens, Sparta, and their various allies to stop making war possible. They stop sleeping with the men, taking care of the children, and doing all the work that women do. They also seize the treasury. In the play, abstention is difficult for everyone involved, and eventually, the men give in and make peace. Everyone has sex at the end. It’s a buoyant and bawdy model of politics, the kind that works better in the theater than elsewhere.

The Day without Women has somewhat more modest objectives. Women who can are asked to stay home from work and/or  shop only at women or minority-owned businesses and/or wear red in international solidarity for Women’s Day; groups in some cities are scheduling rallies, and at least a few schools, anticipating absent teachers, are canceling classes. But there’s no visible coercion or pressure anywhere–and it’s only a day. In some ways, it’s similar to the Day without Immigrants activists staged last month. That effort was buttressed by larger demonstrations and the sympathetic closing of many restaurants; some strikers lost their jobs.

So absent pressure, how’s all this work?

Taking personal/political days off, wearing red, and talking and thinking about women and public policy is a signal and statement to those who are paying attention. It’s also a commitment, albeit a modest one, to activism and engagement for those who take it on. The day itself matters as much as it encourages all kinds of efforts in the future.