The heroic Parkland students launched a campaign to target and isolate the National Rifle Association, which is fighting back vigorously. Wayne LaPierre, leader of the NRA, spoke 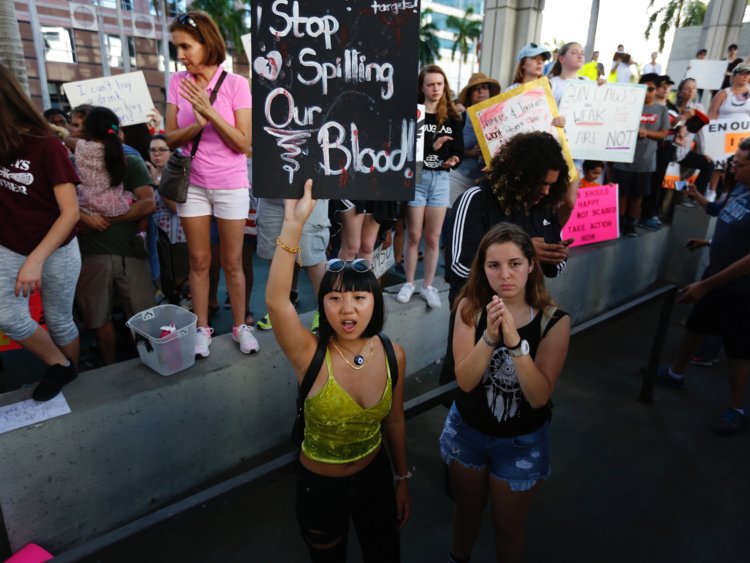 at the annual Conservative Political Action Conference, spewing vitriol at anyone who might support even the most modest efforts at regulating guns. Hanging gun control on “elites” and advocates of socialism, LaPierre again suggested that making schools safer by “hardening targets” (metal detectors, armed guards, teachers carrying concealed weapons, thicker glass, etc.) was the only responsible strategy for protecting our children.

The vigor of his response shows that the Parkland kids are making progress.

Not exactly as they’d hoped, of course. Senator Marco Rubio and President Trump are willing to push the NRA on rather small matters, like raising the age for buying an assault weapon from 18 to 21, but they were both very clear that they would mostly (Rubio) or completely (Trump) accede to the NRA’s judgment.

Both Rubio and Trump received massive funding and electoral help from the NRA, and it’s easy to understand that they will be timid about alienating their benefactors. But there are plenty of officials less dependent upon gun money who are likely to see NRA support as more of a burden than a benefit. Watch and see if Republicans elected from suburban districts in more competitive areas start scraping out a little path of independence from the NRA.

And it’s not just elected officials.

Like other large membership organizations (AARP, for example, or AAA), the NRA negotiates discounts for its members with major companies. The Parkland students are targeting those companies as well, and getting quick results:

In the short run, the NRA will try to find other rental car companies, banks, and hotels to substitute, and it may not make a huge difference, but by raising the costs of supporting the NRA in any way, the students are making progress. The students–and their allies–are pressing any major company that treats the NRA as normal to stop doing so. On Twitter, they are calling out every company who offers benefits to NRA members.  They want to stigmatize and isolate the group and its political efforts, making it harder for most people to do business with them.

When LaPierre and Trump respond by demonizing their opponents and pushing concealed carry, they make the students’ efforts a little easier.

1 Response to Targeting the NRA