#MeToo and the (2nd) Cosby trial

From the moment Montgomery County prosecutors decided to take another crack at Bill Cosby after a mistrial less than a year ago, critics have speculated about how the growing #MeToo movement would affect what went on in the courtroom. In the wake of Cosby’s conviction yesterday, on three counts of aggravated assault, pundits rushed to the airwaves and their keyboards declaring that the movement mattered.

It’s worthwhile to think about how.

The raft of studies on social movement outcomes mostly ignores court cases, focusing instead on policy, politics, and personal lives. All provide somewhat easier settings in which to assess influence. Courts aren’t supposed to be swayed by the world outside. The notion that a movement might influence the outcomes of legal proceedings absent a change in law invokes a kind of examination that is necessarily more speculative than what usually passes in social science journals–but more rigorous and analytical than found in the best journalism.

Courts are supposed to decide cases, not causes. Judges work to wall off the influence of politics and personal biases in shaping the scope of evidence presented in a trial. They instruct jurors to ignore outside influence and focus on presented evidence and the law.

But, because trials take place on Earth–and in specific places and times–some degree of outside influence is unavoidable, and certainly not always good. Egregious decisions, say convicting John Scopes or acquitting racists who murdered civil rights workers, are larded in the nation’s history.  Right now, jurors are notoriously reluctant to convict police officers of killing unarmed Black men–if they can be convinced that the police were doing their best. Such things aren’t absolute or inevitable.

Movements can affect the world in which trials take place and the many decisions attorneys, judges and jurors make–all within the letter of the law.

In this Cosby case, Montgomery County prosecutors chose to pursue charges against a famous and well-heeled offender for criminal acts committed in 2004. The trial would be expensive and time-consuming, and it’s hard to think they would have taken it on without

thinking they could win. They charged Cosby with assaults committed against one person, but could not help but know that scores of other women had reported similar stories of assaults over the previous thirty years.

The movement publicized those stories, suggesting support for those who would go public with their own experiences.  Activism made it slightly less difficult and risky for women to come forward, and more likely that their stories would be heard and believed, and that they could find and afford lawyers. This is one way coming out works to build a movement.

When the jury hung in the first trial, prosecutors again calculated the prospect of another trial. It’s understandable that an elected District Attorney would be attentive to public opinion on Cosby and on sexual assault. (See Jia Tolentino’s sharp recounting of the tale of the Cosby trials.)

The judge in the second trial ruled that the prosecution could present five witnesses to establish Cosby’s pattern of conduct with young women, while only one such witness testified in the first case. Of course, this testimony made it easier to believe Andrea Constand. Surely, the judge knew there were more than 50 other women who had been testifying outside the courtroom.

It’s hard to think that the jurors, even ones who hadn’t heard about Cosby’s previous offenses, would have been able to avoid all discussion of sexual assault in the entertainment industry since #MeToo. The flood of stories of exploitation and assault in the industry made the charges against Cosby more credible–and no less horrifying.

The guilty verdict provided a kind of moral vindication, not only for Constand, but for 59 other women who had told their stories about Cosby, and possibly the much larger 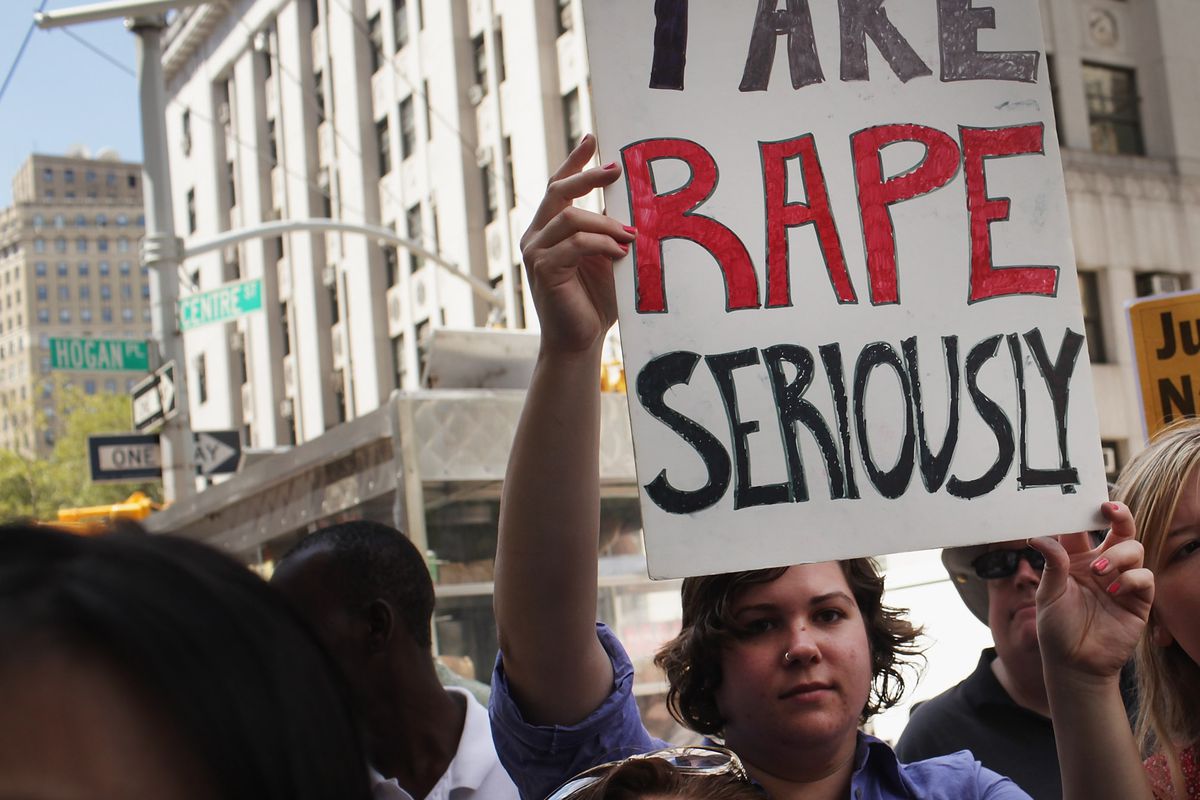 number abused by wealthy and powerful men (see this take by Judy Huch). But the criminal court provided no restitution. The victims are still left to find their own ways to move on with their lives. We hope that solidarity with others who came forward provides some help.

The promising story here is that the Cosby verdict reflects larger changes in the world, that today’s television stars won’t be able to accumulate decades-long histories of abuse and assault, and that it will be harder to stay silent about sexual assault. A jury ruled in only one case, but just giving that jury the chance to consider the facts in that case was a movement victory.