Terror is a social movement strategy, but not a popular one in the 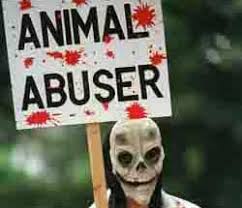 United States.  Terror, and violence more generally, polarizes, and when people make choices, it’s not always on the side of the movement.

Animal rights activism takes diverse forms in the United States, and advocates take up a range of causes and political strategies.  The causes include the mistreatment of animals in production of food, clothing, science, pets, and entertainment (circuses, for example, or movies).  While some activists and organizations specialize, others sign onto a broad agenda.

Tactical variation may be even greater.  PETA, for example, has engaged in a public relations war, raising enormous amounts of money and working aggressively to get attention for its positions.  It’s gained the support of celebrity sponsors, including Pamela Anderson and many other young actresses, and it’s developed a reliable touch for creating media controversies with images.  Activists concerned with food work to pass legislation that regulates the treatment of farm animals  (Californians, for example, recently passed a set of protections largely focused on the production of eggs by an overwhelming majority–in the same election in which they rejected same sex marriage.); others stage rescues of animals from farms.

And some animal rights activists seek to stop experimentation directly by interfering in research they see as unethical and intimidating researchers.  The LA Times reports that a scientist at UCLA has been the subject of harassment and intimidation from anonymous animal rights activists. David Jentsch, a neuroscientist who studies addiction using small primates and rodents, reports receiving death threats at home and work.  Activists from the Animal Liberation front claimed responsibility for blowing up his car last year; they periodically leaflet his neighbors, and masked demonstrators chant outside his house.  He keeps his office locked, and employs armed security at his home.

Most recently, he received a package containing razor blades that activists said were contaminated with AIDS.  The package also contained a death threat:
“We follow you on campus,” Jentsch recalled the note reading. “One day, when you’re walking by, we’ll come up behind you, and cut your throat.”

Obviously, such harassment and threats are illegal; so is murder.  Animal rights militants keep their identities hidden, and communicate by issuing communiques to sympathetic websites.  They describe and justify the latest actions against Professor Jentsch on the North American Animal Liberation Press Office:

The use of force and threats of force to stop a human from physically torturing an innocent animal has been a tactic both criticized and supported within even the more staunch branches of the animal liberation movement. Even supporters of the Animal Liberation Front, by far the most active organization today, often fail to support the use of force against recalcitrant humans who refuse all more peaceful means at getting them to stop their abusive behavior towards non-human animals. Anyone who condemns the[se]…from a moral standpoint only professes their speciesism, unless they also deny the usefulness of force in human struggles against racism, including the successful struggles against slavery in this country and Apartheid in South Africa. Indeed, every successful struggle against oppression, both historically and concurrently, has required the use of stringent force against the oppressor, who seldom if ever relinquishes his power and ceases his exploitation of those he enslaves without being forced to do so.

Those who condone the continued use of public education, legislative maneuvers and legal protests, without the additional tool of sabotage and violence against the oppressor, condone the continued torture, abuse and killing of billions of innocent animals by a society inured to their suffering. Even restricting the argument to primate experimentation, against which most of the above actions were aimed, those who fail to condone such actions overtly condone the continued imprisonment, enslavement, suffering and death of these intelligent animals at the hands of madmen…If only legal and peaceful means, means utilized for more than 100 years against vivisectors, were effective, then there would be reason to the argument against the use of force. Instead, more animals, and more non-human primates, are imprisoned, experimented upon, hurt and murdered today than at any other time in history, and despite all the peaceful and legal strategies applied to their plight.

This kind of moral certainty is inimical to any kind of democratic politics, but it’s not limited to some animal rights activists.  Radical factions in national liberation movements, abolitionist campaigns, and contemporary anti-government and anti-abortion campaigns in the United States speak and act with this kind of certainty.  Failure to win through conventional politics, for them, only demonstrates the need for more dramatic–and aggressive–action.

So how does the violence work?

At once, terror and harassment directed at scientists who use animals (or, more practically, primates) can warn scientists off projects that require such experiments–or can lead them to contract their experiments off-shore, to labs not subject to the same oversight as those at American universities.   (Off-shoring doesn’t help the animals, but it moves experimentation further from sight and scrutiny.)  It might help stigmatize researchers who use animals in their research, isolating them from colleagues and neighbors.  (This was part of the radical anti-abortion strategy that included the murders of doctors.)

And/or it can discredit the animal rights activists.  They may argue that there are other ways to get answers to the scientific questions researchers like Professor Jentsch seek to answer…but scientists and Institutional Review Boards are better positioned to make such judgments.  They may argue that no scientific research is worth the lives of animals; they’re unlikely to convince most Americans on this point.  In the last year or two, some scientists have organized to engage the public debate, arguing for the necessity of animal experimentation to advance scientific knowledge and medical treatments relevant to human health. The violence makes it virtually impossible for animal rights advocates to build bridges to a public that might agree on some other issues, and opens a political space for supporters of testing to make their case.

And the government can use violence against scientists can be used to legitimate repression of the broader animal rights movement, and surveillance and repression can exacerbate rifts in the movement.  It’s very clear that other, larger, animal rights groups, like PETA and the Human Society, would prefer that the public face for concern with animal welfare be something very different than blood soaked razor blades, blown-up automobiles, and death threats.

Author and professor of Sociology and Political Science at the University of California, Irvine
View all posts by David S. Meyer →
This entry was posted in Uncategorized and tagged animal rights, countermovements, science, terrorism, violence. Bookmark the permalink.

1 Response to Science, Animals, and Terror