way from Irvine (my home), a suburban community of about 300,000 people, to the New York Times–and elsewhere.

[We’ve discussed the details of the event here and here.]

The story recounts the history of activism around Israel on the UCI campus–which is, in my view, not a particularly activist campus.  It reports on the broad support the indicted students have received from an organized faculty group and the American Civil Liberties Union.   It also emphasizes the tension between the Muslim Students Union and Jewish groups which, it suggests, sometimes spills over to the campus as a whole.  And the Times reports that Israeli officials speaking in the United States have sometimes faced similar disruptions–but disrupters haven’t previously faced criminal charges.

While OCDA Tony Rackaukas means to set some kind of example, his prosecution will wind up encouraging exactly the kind of action he means to shut down.

After the failed shout-down, protesters’ cause was overshadowed by their actions, and even the attention to the demonstration had begun to die down.

Criminal charges, however, have revived the event, opened a space in mass media for the defendants–and their supporters–to give their views on what’s really going on–in the criminal case and in the Middle East.  And, according to the Times report, heightened Muslim/Jewish tensions on campus (I haven’t seen this up close). 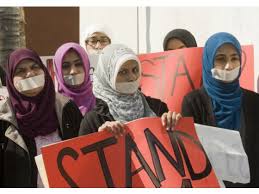 The Orange County DA, far from discouraging disrupting and uncivil behavior, has demonstrated that such actions can win you and your cause national attention, as well as the sympathy and support of bystanders who might not agree with you.

How smart is this?

Author and professor of Sociology and Political Science at the University of California, Irvine
View all posts by David S. Meyer →
This entry was posted in Uncategorized and tagged Irvine 11, media, prosecution, protest, university. Bookmark the permalink.