Coming out and burrowing in: Gay marriage in New York

When New York’s legislature approved same sex marriage last week, we saw the acceleration of a well-established trend: growing acceptance for recognizing the participation of gay

and lesbian people in every aspect of American life.   It’s not that everything is equal or okay, but it’s clear that we can read this arc of history bending toward justice a little more quickly.

New York made a space for same sex marriage through the legislature, not a judicial edict or a referendum.  In essence, this was regular politics pushed by a powerful social movement.  What we think is important in producing social change reflects how far back we’re willing to trace the story.

In the shortest run, newly elected Governor Andrew Cuomo ran on marriage equality, and followed through in office, twisting legislators’ arms and pushing the issue through his bully pulpit.  This is a story of political muscle.  Roll the tape back a little bit, and you can see the influence of big money from Wall Street supporting the policy change.  At Huffington Post, Sam Stein reports on Governor Cuomo and the power of money:

“Cuomo was able to convince people — both Democrats and Republicans — that they were more likely to get reelected if they supported marriage equality than if they didn’t,” said Richard Socarides, of gay rights organization Equality Matters and the chief aide on LGBT issues in the Clinton White House. “The right-wing threatened these guys and the Catholic Church threatened them.”

“Wall Street interests who supported marriage equality were an important counter to that,” he said. “So yes, money played a role.”

Money was also critical in building the type of grassroots campaign that played a big role in the legislation’s passage. More than $2 million was spent on the campaign organized by progressive groups and labor organizations, the “most aggressive field campaign in state legislative history for a gay right issues across this country,” according to the Human Rights Campaign’s Fred Sainz. Republican donors gave $800,000 of that.

But money doesn’t spontaneously show up on its own.  People donate when they believe there is some important issue at stake, and when they think their efforts are likely to make a difference.  (See our report on the Koch brothers.)

A critical part of the GLBT movement’s strategy was encouraging gay men and lesbians to come out, acknowledging their sexual orientations and personal aspirations to family, friends, and even the general public.  Developing over decades, this approach was critical in helping the rest of the world get over whatever prejudices and preconceptions they had about homosexuality.  It’s far easier to discriminate against abstractions rather than real individuals.

When Supreme Court Associate Justice Lewis Powell voted to uphold a Georgia law criminalizing sodomy to stand [Bowers v. Hardwick 1986], he believed he had never met a gay person.  In fact, one of his clerks at the time was in the closet; looking back, Powell later said he thought he got the case wrong.

Just 25 years later, it’s harder and harder to find Americans who think they have never 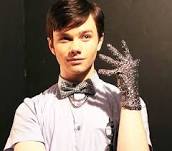 met a gay person.  When your neighbor comes out, it’s a tiny bit safer and easier for a co-worker to make a similar decision.  And seeing Ellen DeGeneres or Carson Kressley or Chris Colfer’s Kurt on television erodes the old stigma a little bit more.

Individuals who came out 40 years ago took great risks with their families, friends, careers, and personal safety.  As increasingly numbers of people came out, the risks diminished, at least a little, so it was a bit easier for others to come out.  And this is, obviously, cumulative.

At the New York Times, Frank Bruni emphasizes the importance of personal ties, demystifying gays and lesbians and pushing their friends and families to recognize–and fight–discrimination.  offers another explanation: increased recognition of gay lives on a person by person basis.  When we know the people who are excluded from marriage as individuals, rather than abstractions, it’s easier to recognize the nature and consequences of marriage inequality.

I think that freedom means freedom for everyone…As many of you know, one of my daughters is gay and it is something we have lived with for a long time in our family. I think people ought to be free to enter into any kind of union they wish. Any kind of arrangement they wish.

Would Cheney or Cuomo or former Solicitor General Ted Olson or Mayor Michael Bloomberg or Barbara Bush (George W’s daughter) have engaged this issue altogether if they didn’t think it mattered to someone they cared about?

The change took place suddenly, but it was decades in coming.

Author and professor of Sociology and Political Science at the University of California, Irvine
View all posts by David S. Meyer →
This entry was posted in Uncategorized and tagged coming out, GLBT, legislation, marriage. Bookmark the permalink.

1 Response to Coming out and burrowing in: Gay marriage in New York