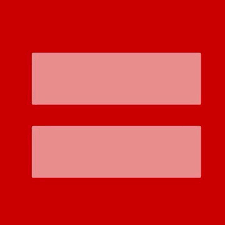 If you visited a Facebook site last week you probably saw some version of the badge at right, representing support for marriage equality side of the cases the Supreme Court considered.  Activists encouraged people to change their profile picture to come out with their support for same sex marriage, displaying a Human Rights campaign symbol.

Rebecca Rosen, at The Atlantic,  reports that 2.7 million people changed their profile pictures.  There were all kinds of clever a 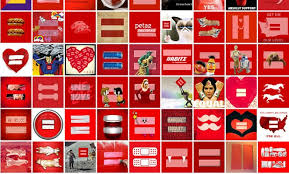 nd stylish variations (samples posted at left), but the point was pretty obvious.

As we consider what changes in activism the new social media have wrought, it’s worth thinking about this digital button a little bit.

At first look, it seems like the online version of the political button, where the wearer puts his commitments on his lapel, showing everyone he passes what he cares about.  At best, the button encourages those who agree with you, and maybe leads to a productive conversation with people who don’t.  It also serves as a reminder about events outside the office or school or bus or church or gym.

The digital version of the button on Facebook seems to offer a bigger and less consequential audience.   You only see the profile picture of people who’ve acknowledged you as a “friend,” most of whom probably already agree with you.  Those friends and relatives who don’t share your values have already found ways to reconcile your unappealing political views with some of your countervailing virtues–and that probably means looking the other way when you post politics.  Sigh.

More generally, I wonder just how much the self-selecting online social networks that so entrance us do to promote political dialogue or opinion change.

They do, however, provide cool data for new figures.  Here’s a Facebook map of the United States, highlighting the parts of the country where participation in the digital badge was more extensive:

Rosen’s report tells us just about what we’d expect:

Facebook’s Data Science team also mapped out the likelihood of a profile-pic update across the nation, showing a pretty widespread geographic distribution everywhere outside of the south and parts of the plains region. The county with the greatest participation rate? Washtenaw County, Michigan, where the University of Michigan has its main campus in Ann Arbor. Facebook estimates that 6.2 percent of users who logged in in Washtenaw Country changed their profile picture. In general, college towns saw high rates of participation (such as Orange and Durham counties in North Carolina, home of UNC and Duke, and Johnson County, Iowa, where the University of Iowa is based), as did major cities such as San Francisco, Los Angeles, New York City, and DC.

It’s not to say that the old style buttons weren’t just as easy to put on or take off, and the digital version certainly won’t damage your shirt or jacket.  But are you reaching anyone new?

Author and professor of Sociology and Political Science at the University of California, Irvine
View all posts by David S. Meyer →
This entry was posted in Uncategorized and tagged button, coming out, Facebook, gay, lesbian, same sex marriage, social media. Bookmark the permalink.