It’s Passover; the first seder is tonight, and I thought it was worth writing something about story-telling and ritual.  I learned that I already had (pasted below).

The stories we tell about the past affect how we see the present and future, including who we think we are.  I suspect all religions display tensions between universal responsibilities and the particular interests of a distinct people.  You might think, for example, that advocates of religious freedom care also about people who don’t share that religion–sometimes that’s true; often it’s not.

And no matter how the story’s told, audiences–particularly around the family table–take the meanings they choose.  I’m reminded of the start of William Blake’s “The Everlasting Gospel”:

The Vision of Christ that thou dost see,
Is my vision’s greatest enemy.
Thine has a long, hook nose like thine,
Mine has a snub nose like mine.
Thine is the Friend of all Mankind,
Mine speaks in Parables to the blind.
Thine loves the same world that mine hates,
Thy heaven-doors are my hell-gates.
Socrates taught what Melitus
Loathed as a nation’s bitterest curse.
And Caiaphas was, in his own mind,
A benefactor to mankind.
Both read the Bible day and night,
But thou readest black where I read white. 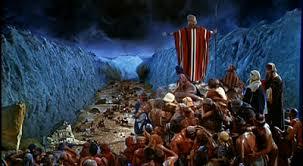 Such contrasting visions play out in different haggadahs; it’s easy to find conservative, leftist, environmentalist, and feminist haggadahs in bookstores–and now, on line  (links).  All 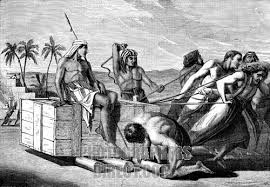 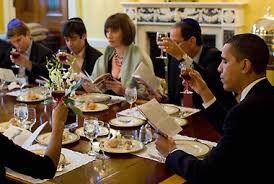 Author and professor of Sociology and Political Science at the University of California, Irvine
View all posts by David S. Meyer →
This entry was posted in Uncategorized and tagged culture, family, narrative, obligation, Passover, religion, seder, stories, The Everlasting Gospel, universalism, William Blake. Bookmark the permalink.