How activists should respond to the racist right: 3. ignore them (sheetcake)

The fish that always rises to the bait doesn’t live very long or very well.

(Another entry in the series I started a month ago; you can find part 2 and part 1.)

The racist right feeds on the (justified) outrage of its opponents. It doesn’t always make sense to give it to them. Turning away, sometimes, may be the best strategic response.

Let’s call it the sheet cake strategy, in deference to Tina Fey:

In the wake of the protests and violence in Charlottesville, UVA alumna Tina Fey used six minutes of prime time to urge all sane people to steer clear of the announced nationalist rallies coming up. (Most of them didn’t end up happening anyway).

In a pointed and extremely funny (“hysterical” can be misinterpreted) monologue, castigating the racist right and its inspirations in office, Tina Fey advocated staying home while indulging in sheet cake from an ethnic bakery:

In conclusion, I really want to say, to encourage all good, sane Americans to treat these rallies this weekend like the opening of a thoughtful movie with two female leads. Don’t show up. Let these morons scream into the empty air.

The point of the analogy is clear: Hollywood doesn’t make movies that don’t generate attention. Ignored, the racist right may just go away.

Now, let’s acknowledge that turning the other cheek, even in the process of mooning the opponents, is easier for those who enjoy racial or economic privilege.

Hate feeds on opposition. Thousands of vigorous opponents carrying signs and chanting derision supports the story of the world lined up against these alienated white men. But nothing?

Forty-fifty white supremacists (according to an organizer) b 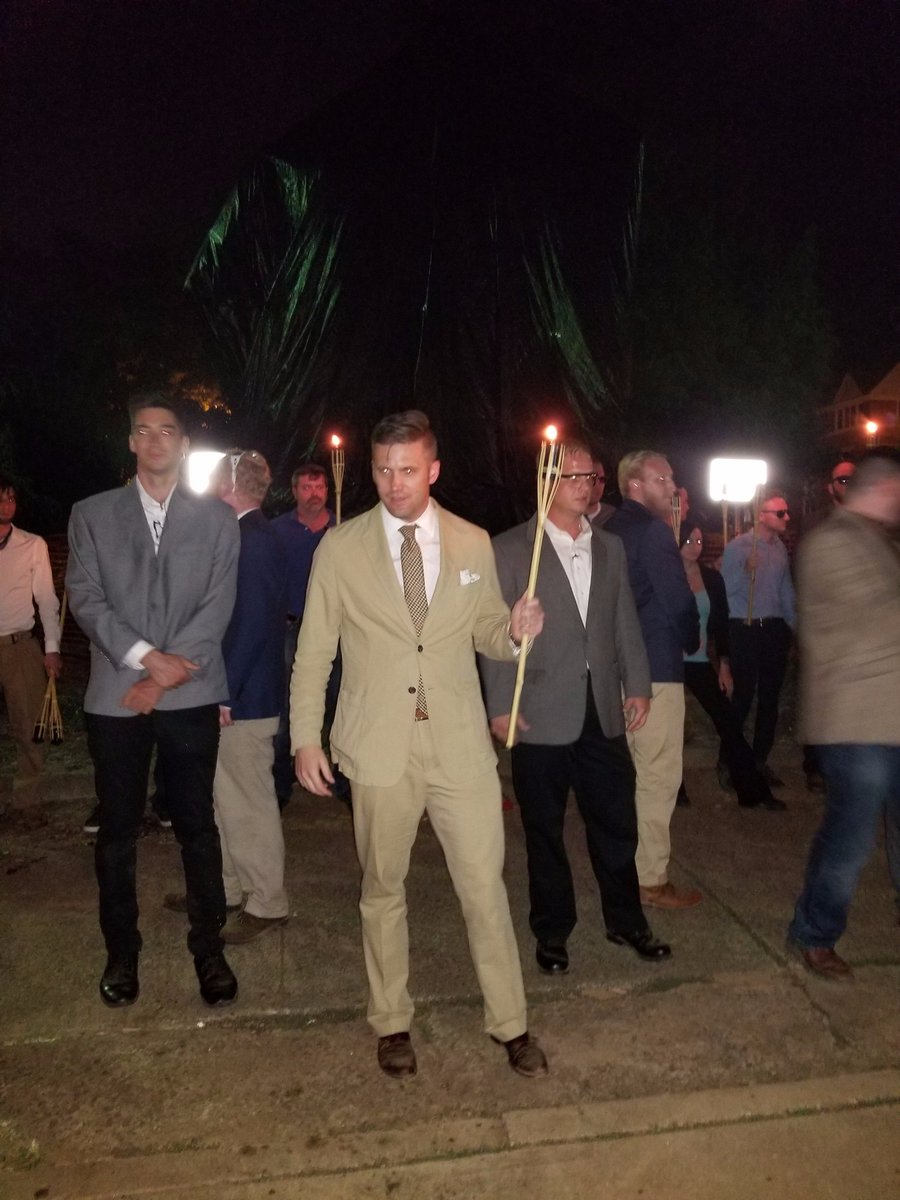 riefly relit their Tiki torches, and met at the foot of a shrouded statue of Robert E. Lee. After some ritualized chanting, they dispersed, retreating–for the moment–to the margins of political life.

It’s like claiming victory for muttering unheard curses underneath your breath to a boss or professor. It’s got to be hard for at least some of those attending to believe they’re doing something significant.

And, I hope, the good citizens of Charlottesville, were able to sleep or read, play cards, debate health care or tax policy, or even strategies for advancing a more comprehensive approach for justice. We don’t have to let the fringes set our own agendas.

disproportionate and very costly attention to them.

With a few well-chosen pokes, Milo Yiannopoulos and a smattering of local allies provoked the University of California, Berkeley and (at least) hundreds of opponents to jump and twitch. Local and national media rushed to cover an announced “free speech week” that amounted to, really, little more than 15 minutes of fame. The University spent an estimated $800,000 to police an otherwise valueless event. (It’s hard for me, an employee of the University of California, not to think about that money spent on books or scholarships or courses instead.)

The trick is to identify the provocations and provocateurs that can be safely ignored.

1 Response to How activists should respond to the racist right: 3. ignore them (sheetcake)