Alyssa Milano, Lysistrata, and the sex strike for reproductive rights 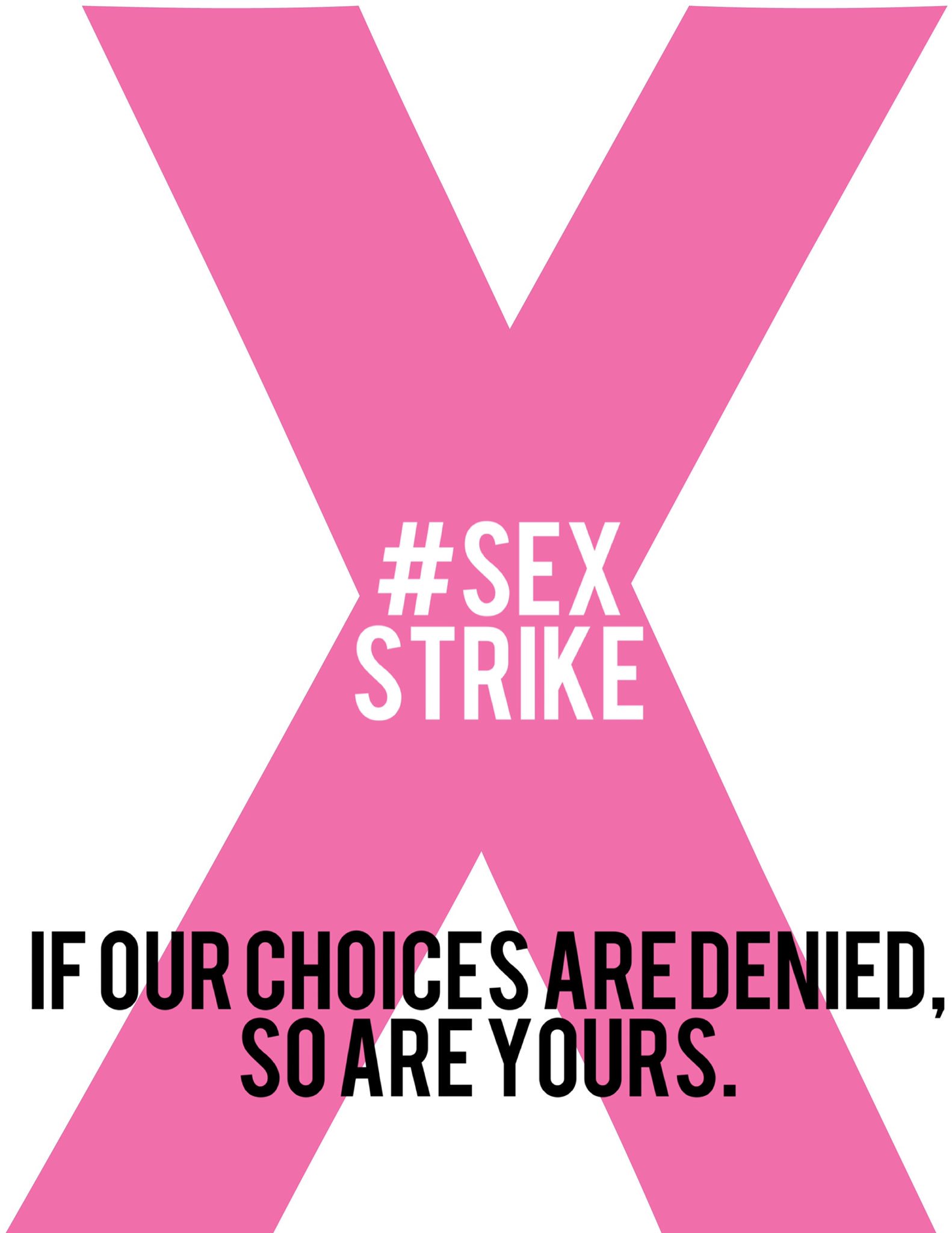 Actress/activist and Twitter master, Alyssa Milano, is rightly concerned about the contagion of new state laws restricting access to abortion.

Sniffing the prospects of a conservative Catholic majority on the Supreme Court eager to overrule Roe v. Wade, Republican state legislators are racing to pass the laws that will eventually bring the issue back up to the high court. They’ve proposed–and sometimes passed–bills that restrict certain kinds of abortion procedures, mandate that women explain their reasons, or prohibit abortion after the detection of a heartbeat, which comes about six weeks into a pregnancy–before a woman might even know she’s pregnant.

Democratic legislators in a few other states, also anticipating the Court overruling Roe, have been writing bills that codify abortion rights. Practically, this means that–just like decades ago–women who can afford to travel will have access to abortion.

Milano thinks that her allies have been slow to recognize that women are being treated as second class citizens, and that the situation is desperate. Proposing a sex strike, complete with a hashtag, is a way to get attention and underscore the urgency.

She’s generated a great deal of attention (with all else, Alyssa Milano is a Twitter master), but most of it is ridicule; criticism of the sex strike idea is crowding out talk about reproductive rights.

The idea of withholding sex for political purposes dates back, at least, to Aristophanes’s comedy, Lysistrata, first performed in 411 BC. The women of Athens, tired of losing their 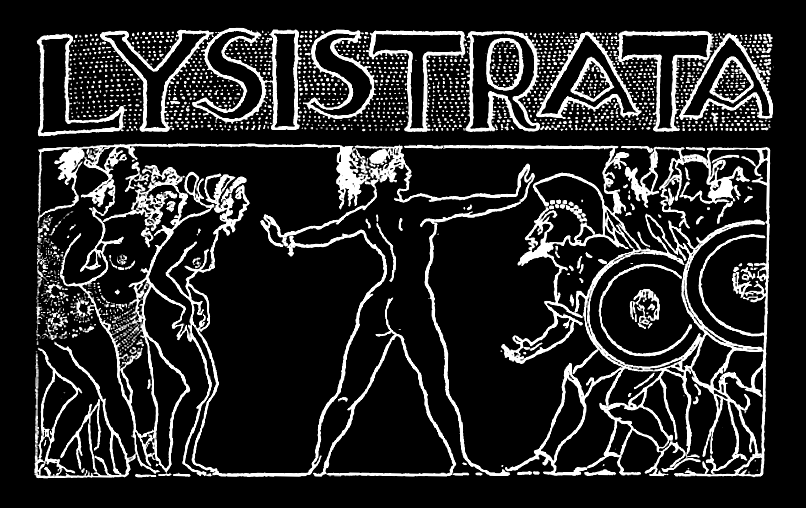 sons and drachma to ongoing wars, withhold sex from men until the wars stop. Women saw no other way to represent their interests, banned from the public square, democracy, and even the stage. (The play was, of course, originally performed with an all-male cast.)

But they did more than just the sex strike. The women also occupied the treasury, stopped taking care of children, and negotiated alliances with the similarly frustrated women of the neighboring city-states at war against and with Athens. All of this takes organizing and sacrifice–Lysistrata and her allies like sex and children. The idea was for the committed to stop cooperating with evil in any way they could. The play’s a broad farce, often performed with garish phallic props, and jokes that would embarrass a fifth grade boy.

For those of us with a glancing familiarity with ancient Greek theater, the play is a relief. Unlike the dramas we read in high school (think Antigone, for example), no one dies, encounters moral dilemmas or grievous wounds, or even lives on to suffer. Instead, the resolve to fight wars collapses, and the story ends with peace and sex. It’s hard to find a more encouraging tale of the power of collective action!

The sex strike periodically recirculates as an idea for action against war, but the story never goes as far or as well as Aristophanes promises. The obstacles Milano’s proposal encountered tell us something about the contested future of abortion politics in the United States.

First, opinion on abortion has been remarkably stable since Roe, with the largest share of Americans supporting legal access with some restrictions. The public d 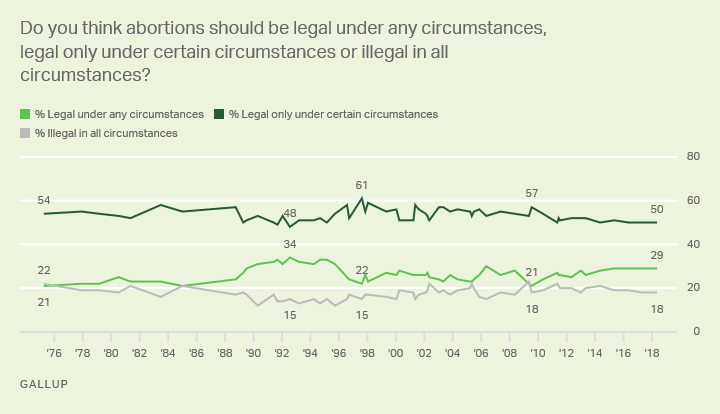 ebate has grown increasingly partisan and polarized, but opinion isn’t particularly gendered. There are plenty of women–and men–spread across the political spectrum.

Second, for a barrel of obvious reasons, women are mostly sleeping with people who agree with them on the issue. Depriving an abortion rights supporter of sex may intensify the urgency of concern with reproductive rights, but remedies and effective action are harder to find. The New Yorker who voted for legislators who would protect abortion access is unlikely to find much influence in the Alabama legislature.

Importantly, the flurry of state action on abortion access will make abortion access a far more urgent issue to women–and men. For nearly fifty years, abortion opponents have been able to rail against the practice confident that they–and their daughters, wives, and girlfriends still had access. (Read about Tennessee’s Scott DesJarlais, an ardent anti- 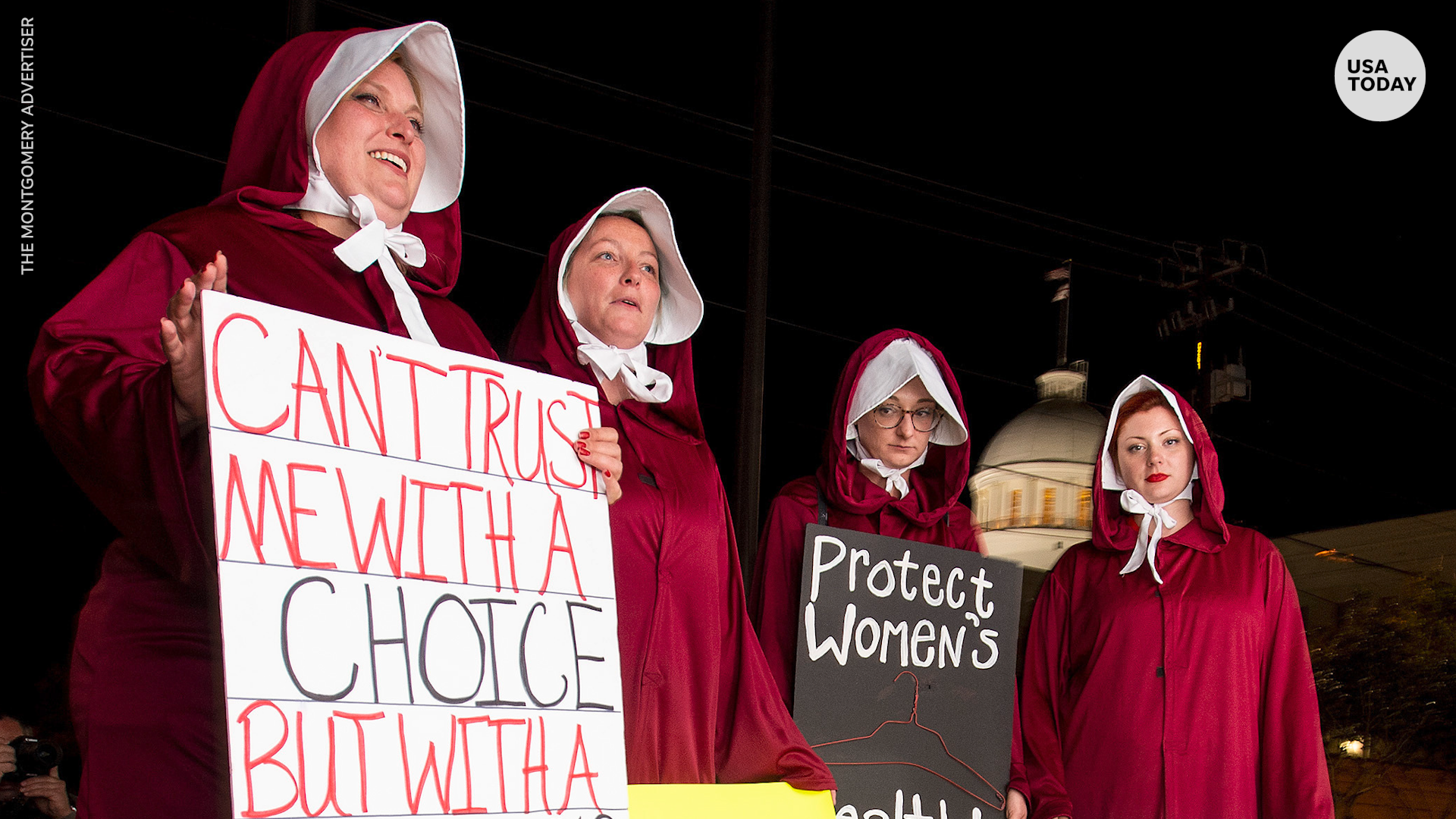 abortion crusader who pressured both his ex-wife and his mistress to get abortions. Always naive, I’m shocked that he’s still in Congress.)

If the Roberts Court hacks away at protection of abortion rights, people will have to face the consequences of their politics in ways they haven’t since the 1970s. Politicians who have run on empty platitudes about the sanctity of life will have to confront voters who see real changes in policy.

The Alabama bill, which prohibits access to abortion for women who are raped or are the victims of incest, is bound to be far less popular when it affects real women, and not abstractions. Activists across the nation have been quick to point out that the 25 state senators who voted for the bill were all Republican, white, and men.

It doesn’t have to be that way.

As the sex strike stalls,, activists will turn to other, more disruptive and far more visible, kinds of politics.