Social protest movements are messy collections of people and groups with different ideas about what they want and how to get it. They tend to do best when they can maintain some kind of unified presence in relation to authorities without smoothing out or resolving all of their own internal conflicts. It’s when the people who are mostly okay with institutional routes to change find common cause with people who are ready to go out in the streets that movements become powerful.

Successful movements are kind of like umbrellas…particularly in Hong Kong.

It’s not easy to maintain those connections. (Indeed, John Mok says that conflicts within the Umbrella Movement five years ago led to its decline.) Fights about strategy and ultimate goals with the people who are supposed to be allies can approach a vicious hostility usually only seen in feuding families.

Remembering that a diverse set of claims, political strategies, and people helps change the world helps a little. 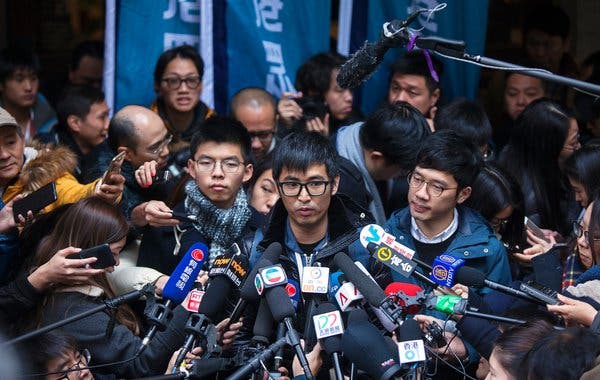 On the eve of a large unpermitted demonstratation planned for last weekend, Hong Kong police arrested well-known activists like and visible pro-democracy legislators.

The strategy was to decapitate the movement and intimidate others from turning out to protest. In addition to criminal charges, demonstrators could–and did–face beatings and tear gas from police. Over 1,100 people have been arrested.

But Hong Kong could not silence the activists. Within days, Joshua Wong and Alex Chow (above) published a piece in the New York Times announcing that they would not be deterred, and if detained, tens of thousands of others would turn out anyway.

After yet another demonstration, Carrie Lam announced that she was formally withdrawing the extradition bill that was the trigger for the most recent weeks of protest. This was the first and most prominent of the activists’ formal five demands. They’ve also called for recognition that the people protesting are not rioting, and should not be subject to harsh penalties. They’ve called for the release of everyone arrested in the protests, and the dropping of all criminal charges. They’ve also demanded a formal inquiry into police tactics, and–the biggest one–the creation of meaningful universal suffrage in Hong Kong.

The government is not approaching concessions on any of these matters, and the activists have proclaimed that they will hold out for all five demands.

The political scissor move that Carrie Lam is trying to execute is intended to raise the risk and costs of continuing protests with increasingly harsh punishments, and 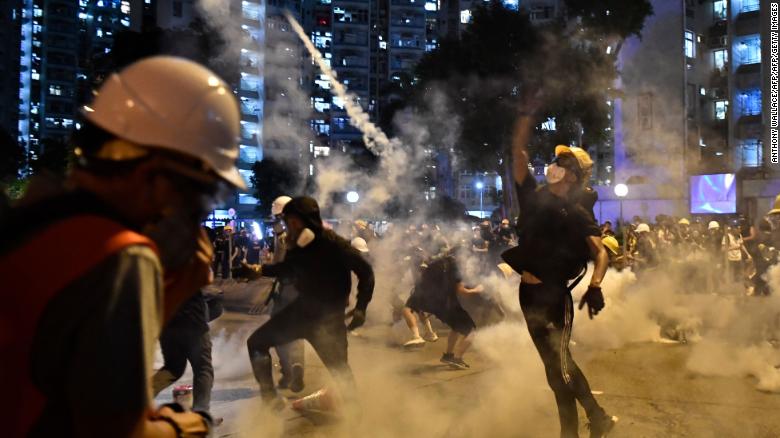 simultaneously undermine the apparent necessity of protest by giving in…a little. When the repression/concession balance works, fewer people are willing to take to the streets, with some working in institutional politics and others just leaving political action altogether. At the same time, fewer less connected protesters are easier to control. Movements fall apart, even when many organizers remain active.

In Hong Kong, it doesn’t seem to be working–at least not yet. The activists have been firm in resolve and courageous in the streets, in the airport, and elsewhere. Expect China, using Lam and whoever follows her, to continue to refine its mix of concession and repression until something gets those people to go home.

The activists know this.