The debate protesters care about DACA 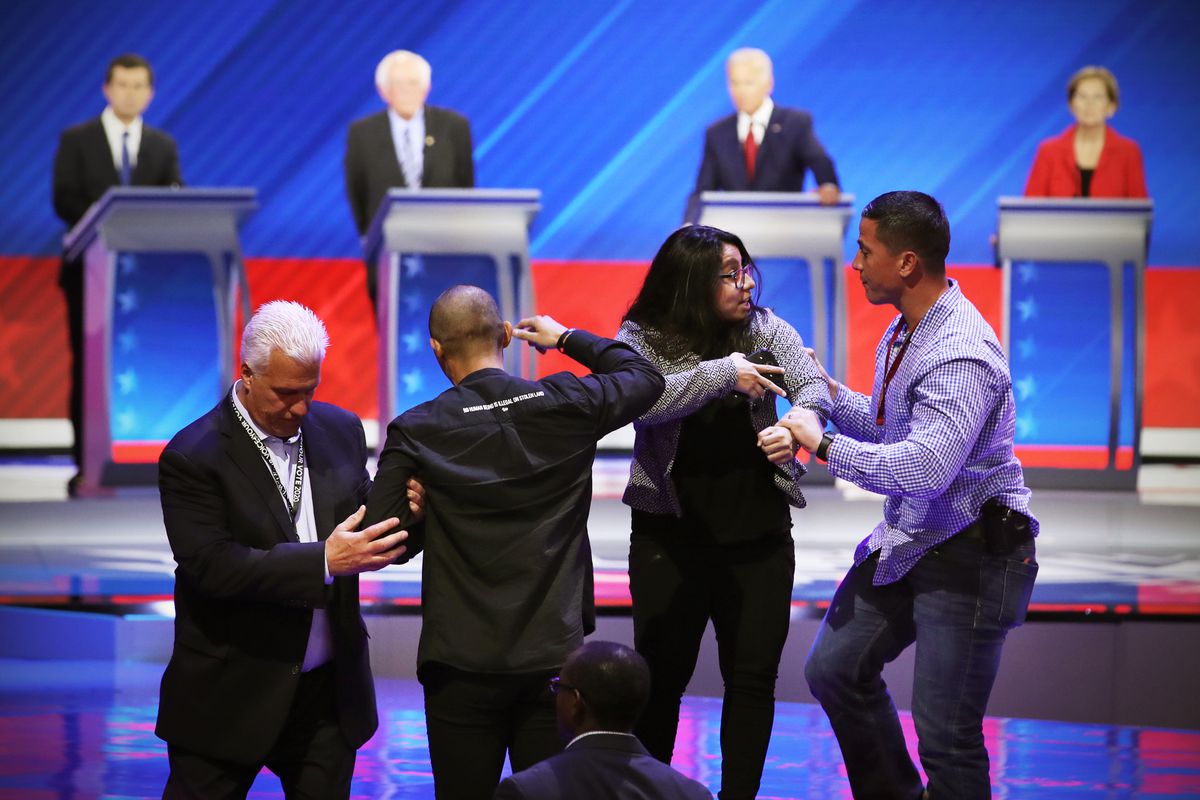 knocking former Vice President Joe Biden a little further off his rhythm, and sending weary viewers to the Internet with one question: what were they yelling?

It was hard to make out their words, and broadcasters generally won’t refocus their cameras on unexpected protests.

What I saw on tv was men and women in suits staring at their podiums.

What I first saw on Twitter was criticism of the activists, who weren’t numerous and coordinated enough to get the message out.

Later, I learned the answer, reported by Nicole Narea at Vox. The demonstrators yelled, “We are DACA recipients! Our lives are at risk!”

(Narea also provides a good, brief, description of the issues at stake.)

Smart activists sometimes seize the platforms others create. Town hall meetings, campaign rallies, debates, and conventions are all chances to reach a larger audience than you could generate on your own, and maybe even sneak into a camera’s field of view.

When this works well, you draw attention to yourself AND your cause that extends beyond the event. (Sometimes , it doesn’t work so well.) Tea Party and Black Lives Matter activists were particularly adept at using crowds others had put together.

Explanations about DACA (Deferred Action for Childhood Arrivals, undocumented immigrants who came to the United States as children) came the next day in multiple mainstream news outlets, and on Twitter from@nakasec.

President Obama started the program when Congress failed to pass comprehensive immigration failed. DACA recipients could work legally and were temporarily protected from deportation. President Trump canceled the program two years ago, promising a quick fix, which is nowhere on the horizon. DACA status is now even more precarious, hanging on  a few court decisions.

It makes sense for DACA recipients to protest. What’s more, normalizing the status of childhood immigrants, once called DREAMers, is by far the most popular element of any proposed immigration reform. Coming to America wasn’t their choice, but they grew up here, and can produce plenty of very articulate and accomplished poster children.

But the issue has gotten precious little attention in the debates; all the Democratic candidates basically agree on recognition and some path to citizenship, and promise more comprehensive immigration reform. When immigration comes up, truly egregious treatment of refugees, particularly the separation of children from their families at the border, grabs most of the attention. 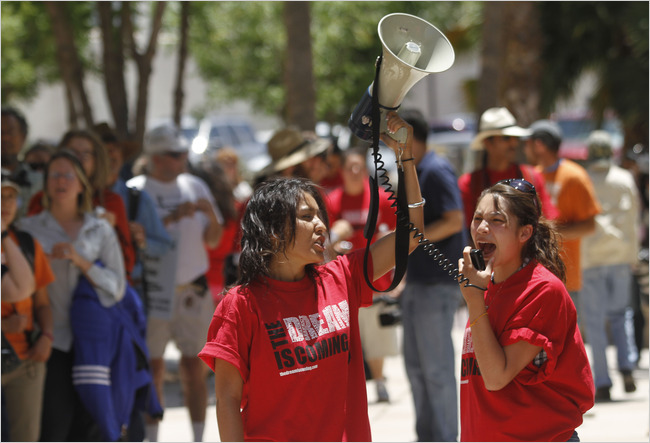 mainstream politics, and the DREAMers have been on the edge for a long time. I wrote this description of a protest at the Democratic National Convention in 2012! Even earlier, young immigrants at risk of deportation risked arrest to protest at Congressional offices. [The picture at left is from a protest outside (and inside) Senator John McCain’s office in 2010.]

It was the courageous efforts of young people staging protests at Congressional offices and elsewhere that pushed Obama to institute DACA in the first place.

A clever candidate seeking attention could reach out to these activists and grab the issue. We wait.

I don’t know if this blip of a debate protest will refocus national attention–there are so many provocations and distractions in the Trump era, but the issue and the activists won’t go away, and will keep trying.