The Senate isn’t sequestered. Note on the impeachment and protest

One hundred US senators, the sort-of jurors in the impending sort-of trial of Donald Trump, live in the world. Unlike impaneled jurors in other high profile trials, they are free to read newspapers, appear on television, consider evidence and factors not presented in 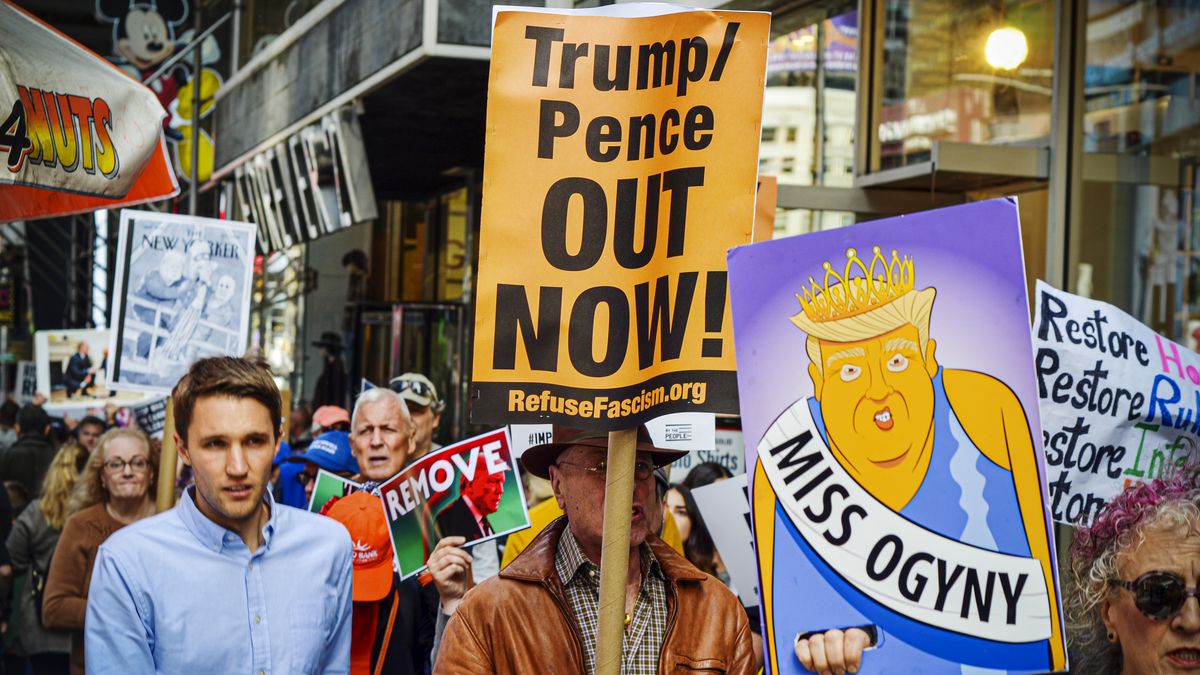 trial, and talk to people–even the president.

This means that whether or not senators consider the Ukraine shake-down and resulting obstruction of justice impeachable offenses, they are completely free to vote to remove Trump from office because he’s incompetent and/or racist and/or dishonest. (N.B. This capacious, impressionistic, and expressly political approach is exactly how the impeachment process was designed: Senators who voted to remove Bill Clinton from office were worked up about things other than his affair with an intern, and the senators who voted to remove Andrew Johnson were angrier about many other issues than his firing the Secretary of War.)

So, protests that remind senators that their constituents are watching and care–matter. So, newly available documents showing that Trump’s top immigration adviser is enthusiastic about white nationalism could matter. New information from Roger Stone’s trial that shows officials lied to the Mueller investigation about, uh, collusion, can matter too. No one can tell senators not to consider the separation of refugees from their children at the Southern border. Perhaps most significantly, the fallout from the Turkish invasion of Northern Syria can remind Republican senators that they don’t really want this guy as Commander-in-Chief.

The senators who decide whether Trump stays in office aren’t locked in a hotel without access to television or the internet. They walk in the world and can see what the rest of us are doing. So what we do can matter.

Author and professor of Sociology and Political Science at the University of California, Irvine
View all posts by David S. Meyer →
This entry was posted in Uncategorized and tagged Andrew Johnson, Bill Clinton, Congress, Donald Trump, immigration, impeachment, Roger Stone, the Senate. Bookmark the permalink.