When East and West Germans danced atop the Berlin Wall 30 years ago this week, I was

in my living room in Boston, making final corrections on what would be my first book. I’d written about the nuclear freeze movement, which briefly captured national attention in the early part of the 1980s.

The bellicose and extremely expensive military posture of the first stages of the Reagan presidency allowed an antinuclear weapons movement to grow beyond the traditional peace movement’s fundamentalist core to include a broad swath of American life. One million people marched in the streets of New York City in 1982 to protest nuclear weapons in general–and Ronald Reagan in particular. Their efforts were amplified by allied movements across Western Europe, as well as a smaller group determined to challenge the Soviet Union at the same time. 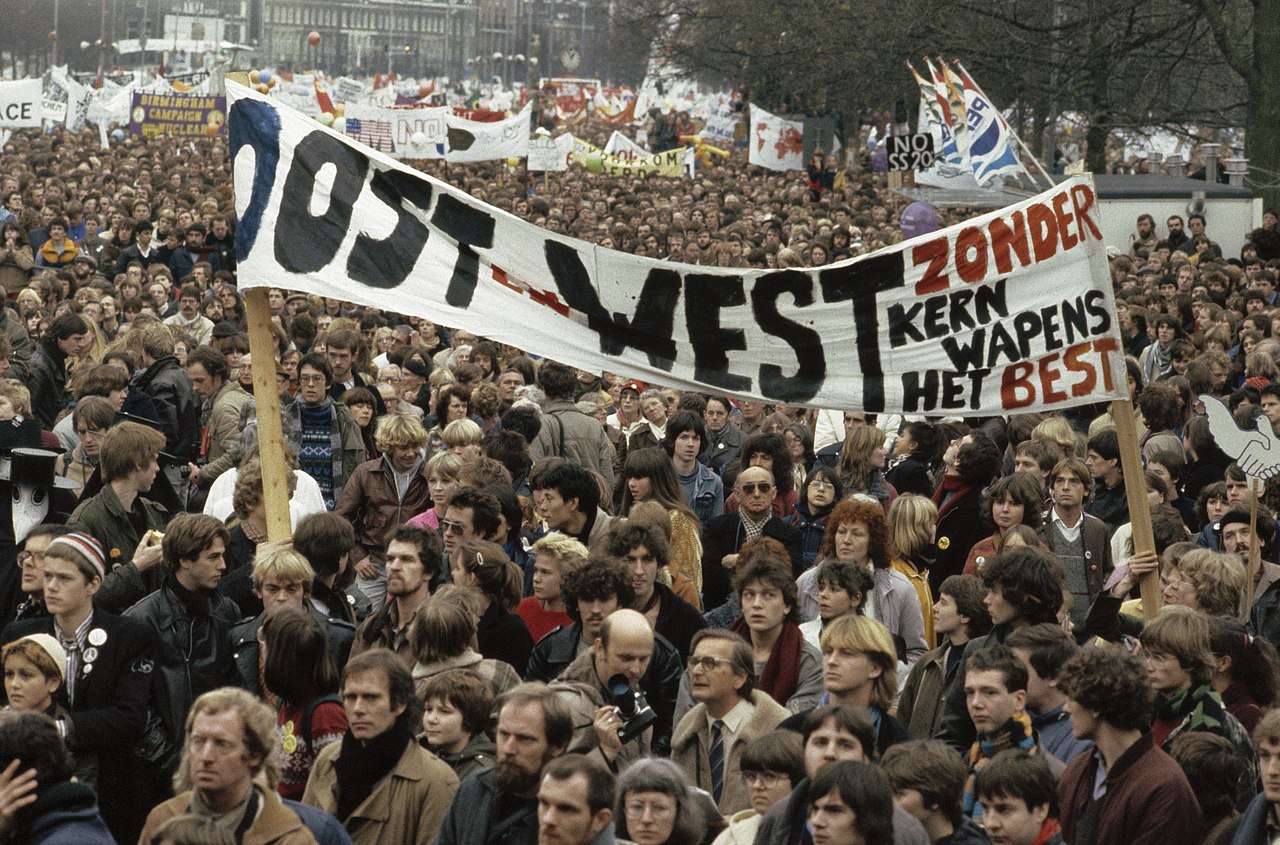 European Nuclear Disarmament (END) was a vital component of this transnational movement. Founded by a group of activists and intellectuals, including the great historian E.P. Thompson, END was based on the premise that the peace protesters in the West shared a common cause with the human rights dissidents in Eastern Europe and the Soviet Union. END stalwarts organized ongoing contacts between these groups, wrote and spoke, organized international conferences, and enlivened much of the other activism sweeping the West. Anyway, I had learned that the nuclear freeze movement succeeded in changing the way the Reagan administration talked about nuclear weapons. Instead of casually describing potential ways to win a nuclear war that might cost 50 million American casualties, Reagan announced that nuclear war was unwinnable and must not be fought. The US scaled back the massive increases in military spending of the first Reagan years, and the administration revived the arms control process it had initially disparaged.

Mostly, the administration was working to take the steam out of the movement, and Reagan floated arms control proposals that his advisers were certain would be unacceptable to the Soviet Union. But in 1985, Mikhail Gorbachev became the General Secretary of the Soviet Communist Party and–for his own reasons–accepted everything Reagan proposed. The advisers unsuccessfully urged Reagan to back away from his own proposals once they became possible. The superpowers agreed to ban all nuclear weapons from Europe (at that time, the Soviets had some, and the United States none), and signed the Intermediate-Range Nuclear Forces agreement–in force from 1987 until the Trump administration formally withdrew earlier this year.

The resurrection of a sort of superpower detente afforded reformers some space to organize in Eastern Europe, and in 1989 popular movements toppled state Communist governments in Hungary, Poland, Czechoslovakia, Bulgaria, Romania, and East Germany (see above). Many of these activist leaders were exactly the people END leaders had been coordinating with for years before. The sequence of revolutionary events was closest to the blueprint END’s founders had imagined.

So, I had to decide whether to emphasize the successes of the freeze–injecting restraint into the administration’s policies and resurrecting arms control–or its failures–American foreign policy returned to normal, including large standing military forces and nuclear deterrence. The Germans destroying the wall with small hammers reminded me that movements can set into motion a stream of effects they may not be able to predict and certainly can’t control. I went with the success.

The anniversary reminds us that the faith the democratic activists have to maintain in the face of repeated setbacks is ultimately essential and wise. When movements win, activists get less than what they wanted, and never on the timeline they demand, but that doesn’t mean their efforts don’t matter. How we remember history DOES matter. The anniversary of the fall of the Berlin wall also marks the installation of a statue honoring Ronald Reagan, who once asked for the wall to be torn down. That’s not the way I’d call it. At his best, Reagan responded to Western popular movements. Organizers in East and West worked for what became the 1989 transition for decades prior. These persistent protests might be harder to commemorate than a famous speech, but they’re far more important to remember.