Politico’s Alex Guillen reported earlier this week that young environmentalists were consulting with gay and lesbian activists to figure out how to be more effective, especially in pushing President Obama.

The GLBT movement has won–and is winning–several important victories, so it makes sense that other activists want to bottle whatever they’re doing.  Of course, winning and losing on policy isn’t completely within activists’ control.  (The brave DREAMers didn’t lose on immigration reform because they made tactical mistakes; in very difficult circumstances, they played the cards they had extremely well.)

But the GLBT activists had a few breakthroughs, winning legal

recognition of same sex marriage in a few states, making progress in others–mostly through the courts.  They’re backing a case from California with high visibility/high skill representation (Boies and Olson) percolating up to the Supreme Court. 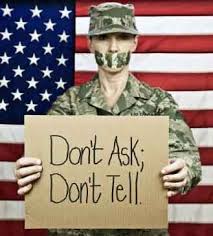 And the lame duck Congress voted to end the “Don’t Ask, Don’t Tell” policy in the military, responding to popular pressure, the Obama administration, and the leadership within the military.

Are there some lessons here for environmental activists?  Here are a couple of ideas:

1.  Even when changes appear quickly, the work takes a very long time.  The modern GLBT movement, frequently dated as beginning with the Stonewall protests of 1969, really dates back much further, and activists have been working for a very long time, without such visible victories.

AIDS activism in the 1980s, in conjunction with organizing around individual decisions about coming out, mattered over the long haul, probably even more than they seemed to at the time.  Organizing in the wake of hostile decisions, particularly Bowers v. Hardwick (1986), which allowed states to regulate private same sex sexual behavior between consenting adults, unified and broadened a movement, helping it make gains.

2.  If you want to change public opinion, work to chang

e policy.  A campaign doesn’t have to win on the policy goal in order to mobilize and change public opinion.   The graph at the right, from Nate Silver at 538, shows a dramatic change in public opinion, driven by policy battles and demographic change.

Importantly, the notion that you should work to change opinion first, independent of an electoral or policy campaign, is mistaken.  Debate about a bill or a candidate pushes a movement’s issues into the window of public attention, which makes it possible to change opinion.

3.  Partial victories matter.  In the case of same sex marriage, it’s not all that long ago that sympathetic politicians responded to GLBT activists by denying marriage, offering “domestic partnership” as an alternative.  Vermont Governor Howard Dean, for example, brokered such a compromise in 2000.  A victory then, it provided an unsatisfactory, but critical, stepping stone just a few years later.

Something else interesting in this story: the environmentalists went to talk to gay and lesbian activists, even though the connections between their concerns aren’t immediately obvious.  (I guess it makes sense that they weren’t talking to anti-tax organizers, who have also been very successful.)  They share a view of President Obama as a somewhat disappointing ally, and still the best shot they have at policy victories.

If the initial consultations come from practical short-term considerations, they need not be limited by them.  The connections  forged through strategy meetings today are likely to influence politics in the future, as GLBT and environmental activists develop personal as well as political ties as they explore next steps in their agendas.  Consultations can become coalitions.

Author and professor of Sociology and Political Science at the University of California, Irvine
View all posts by David S. Meyer →
This entry was posted in Uncategorized and tagged coalitions, don't ask don't tell, environmentalism, gay marriage, GLBT, policies. Bookmark the permalink.