Defectors and dissident elites: rifts in the campaign against gay marriage

When David Blankenhorn changed his mind about same sex marriage, the New York Times was eager to give him space on its op-ed page to explain why.  Blankenhorn has been a stalwart in the battle against gay marriage, testifying as an expert witness on behalf of a California referendum banning such unions in a federal court in 2010.

Lots of people, perhaps now half of all Americans, now support access to same sex marriage.  But David Blankenhorn’s shift is unexpected and dramatic, and thus, newsworthy, in a way that say, that Evan Wolfson’s support for same sex marriage is not.

Many people have changed their views on gay marriage over the past few years; more Americans now support marriage now than oppose it, and the difference is particularly 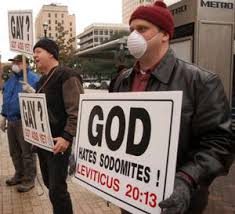 pronounced among young people.  But we know about opinions at the grassroots from the numbers in surveys; rarely do the visible principals in this battle admit that they’ve changed their minds.

David Blankenhorn didn’t exactly change his mind, at least as he describes it, but he did change his position.  He writes that he still thinks a mixed sex marriage is the best environment for raising children.  But he also thinks that homosexual love merits respect and dignity, and that recognizing marriage is one way to do so.  One of the few critics of same sex marriage who didn’t rely on the Bible for evidence, Blankenhorn reports that he

recognized bigotry and homophobia in the ranks of the people on his side, and wanted to reject it.  Besides, he says, the battle to stave off same sex marriage is lost.  It’s more important, he says, to promote civil dialogue and to promote marriage.* He writes:

So my intention is to try something new. Instead of fighting gay marriage, I’d like to help build new coalitions bringing together gays who want to strengthen marriage with straight people who want to do the same. For example, once we accept gay marriage, might we also agree that marrying before having children is a vital cultural value that all of us should do more to embrace? Can we agree that, for all lovers who want their love to last, marriage is preferable to cohabitation? Can we discuss whether both gays and straight people should think twice before denying children born through artificial reproductive technology the right to know and be known by their biological parents?

Promising to negotiate such alliances across contending movements seems like a laudable plea for comity and progress; in a polarized political landscape where the movements are still struggling, it’s tough sledding.  (Do you know of any successful efforts to get anti-abortion activists to cooperate with abortion rights proponents to provide ready access to birth control?)  Advocates of gay marriage will want to invoke Blankenhorn as evidence of the collapse of their opponents.  And Blankenhorn’s former allies will view him as a sell-out, weak-willed and too willing to concede on matters of principle.  Alas, in movement politics when your expert no longer agrees with you, he’s no longer an expert.

This is already happening.  Maggie Gallagher, founder of the Institute for Marriage and Public Policy, identifies David Blankenhorn as her mentor, but mourns that he has lost his stomach for an important fight.  At First Things, Matthew Schmitz opines that Blankenhorn’s concession on marriage will not build civility nor broker compromise with the progressive forces that are launching a larger attack on religion.  If you dare stray to the comment sections on such blogs, well, the tone is somewhat more hostile.

In movement fights, the defectors are especially valuable.**  A General for Peace brings a visibility and credibility to an antinuclear campaign–at least to a broad audience–that someone who has long opposed nuclear weapons cannot command.  A Catholic for a Free Choice undermines the consensus that the Church tries to present to the public debate.  The generals don’t do much to convince the rest of the military, nor do the abortion rights Catholics make serious inroads in the Roman Catholic hierarchy, but they are important symbols for the opposition, and they give cover of a sort for people at the grassroots uneasy about their official leadership.  And they feed debates about authenticity.

Why were Tea Partiers so enamored of Herman Cain, who liked to proclaim that he left the “Democrat plantation a long time ago.”?  For Tea Partiers, Cain demonstrated that their concerns were not about race, and that the black community wasn’t a monolith (after all, only 90 percent of African Americans will vote for Barack Obama in the next election).

But back to David Blankenhorn:  Blankenhorn’s defection on same sex marriage will give some space to conservatives and Republicans eager to desert the demographic trap on social issues their party has set up for them.  Libertarians already uneasy about the

alliance with social conservatives and evangelicals will have an opening to speak more directly.  Religious conviction will be an even stronger force within the movement against same sex marriage, and that’s probably a losing coalition over the long haul.  It really doesn’t matter if David Blankenhorn is a principled conservative seeking comity or a rat deserting a sinking ship.  Either way, his conversion signals a much broader shift in politics, one that social conservatives cannot welcome.

* Marriage promotion was an important project for the social conservative movement and for the George W. Bush administration, which funneled a great deal of money (some to Maggie Gallagher) into the cause, with little discernible effect–on marriage anyway.  See Melanie Heath’s excellent book, One Marriage under God.

2 Responses to Defectors and dissident elites: rifts in the campaign against gay marriage