DREAM 9 and organizing around civil disobedience

I’m in awe of the courage and commitment of the DREAM 9, and their (probably inappropriate) confidence in their ability to move the immigration debate forward toward some kind of reform.

On July 22, the nine young non-citizens, who had been brought to the United States as 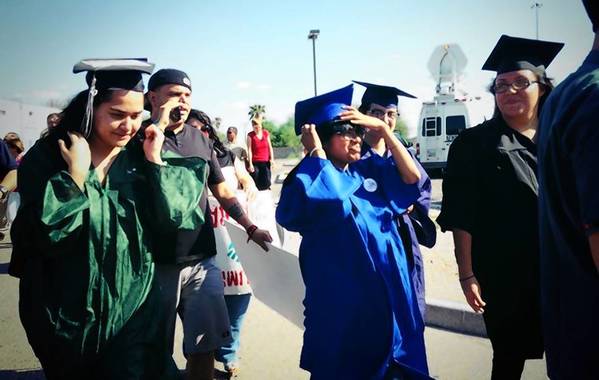 children, entered the United States by crossing the Mexican border in Nogales, Arizona.  (Cindy Carcomo has been covering the story for the LA Times.) All had grown up in the United States, and three went to Mexico specifically to stage this action.  They didn’t try to sneak in.  Instead, dressed in graduation robes, they announced their undocumented status, hoping to be detained and tried before an immigration judge.

[It’s not so easy; these are not the sorts of people either Homeland Security or the Obama administration wants to focus on.  See a recent report on This American Life, which featured a powerful story of young DREAM activists who worked hard to get into an immigrant detention center in Florida in hopes of preventing the deportation of others.]

These DREAMers asked for political asylum, claiming specific threats of violence and discrimination if returned to Mexico.  But from the start, they’ve been looking for legal relief for perhaps a million people just like them, and for another 10 million long term undocumented residents of the United States.  It’s a bold and risky strategy.

Oh, of course all activism entails some risk or cost, but in America most of us have ready

access to all kind of extremely safe and protected ways to protest, including demonstrations, petitions, and pickets.  But the nine knew that they were courting a long term of incarceration in bad circumstances followed by deportation to a country most of them didn’t know very well.  All had friends and families and most of their worlds in the United States.

Their bet is that their bravery in exposing the costs of a dysfunctional immigration system would generate a round of attention that could spur a concerned American public to press Congress to move on comprehensive immigration reform, or at least a DREAM Act.  It’s a bet that’s not likely to pay off very soon.

But the DREAM 9 have generated national attention and concern, and Homeland Security has given them a path toward organizing, if not citizenship.  Their claims for asylum are unlikely to be accepted when heard before a judge; only a tiny fraction of such claims from Mexican immigrants are granted.  But it may be a few years before the cases progress, adn they think time is on their side.  In the interim, these DREAMers will be able to reclaim some of their lives. One, Lizabeth Mateo, will be starting law school at the University of Santa Clara; she wants to be an immigration lawyer.

And their political struggle continues.  They were welcomed as heroes when released at a bus station in Tucson, and within hours were back at the detention center, protesting outside, and they’re not alone.

The National Immigrant Youth Alliance and DreamActitivist.org have been tracking these 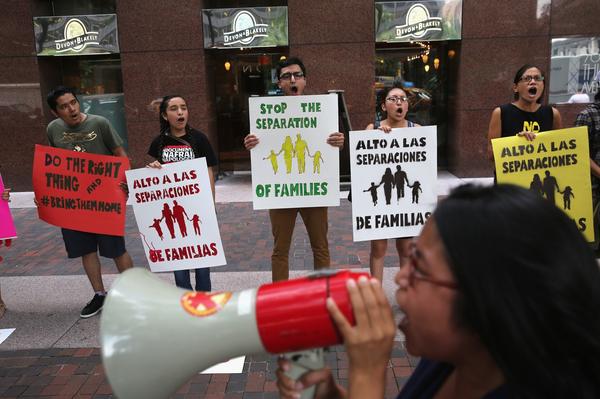 Dreamers, and organizing around them since their arrest.  Their efforts have included rallies and vigils, a petition campaign, and a rolling hunger strike that allows supporters to take on a little of the hardship the nine embraced.  Activists have targeted President Obama for focused attention, and forty members of Congress have signed letters of support, although that number is probably already outdated.

The DREAM 9 are building upon at least three years of other DREAMers coming out by going public and revealing undocumented status, often in the context of civil disobedience actions.  The earlier efforts have whet public attention to the issue and the tactic, and built stronger activist networks of support.

There’s little reason to believe that these DREAMers, no matter how sincere, appealing or brave, are likely to move a majority of House Republicans to take their own risks in confronting anti-immigrant sentiments within their party.  But the nine have raised the issue, again and powerfully, giving supporters an occasion to do more.

Civil disobedience works, when it does, as part of broader political campaigns, by activating audiences and engaging larger numbers in a wide variety of actions.  The DREAM 9 may not be the the final effort that tips institutional politics toward reform, but these efforts and risks are not in vain.  This DREAM will not die.

3 Responses to DREAM 9 and organizing around civil disobedience