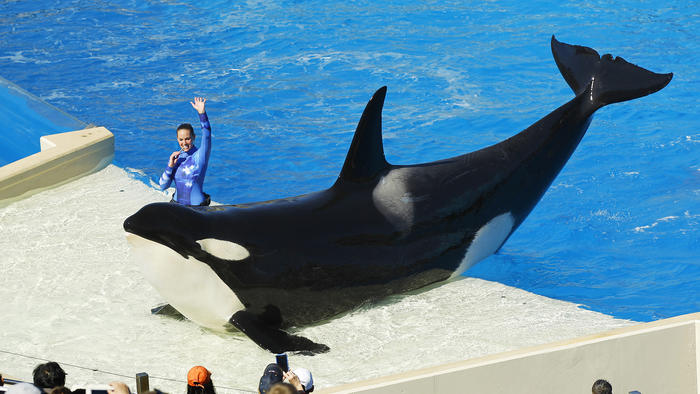 The new president and Chief Executive Officer of SeaWorld, Joel Manby, announced that the chain of theme parks would no longer breed orcas, and that the parks would stop their performing their signature Shamu shows. Manby also announced a new partnership with the Humane Society of the United States, formerly a SeaWorld nemesis, to develop educational programs and take care of the animals still at the park.

This is a clear win for animal rights activists, but not necessarily because its protests convinced Manby or SeaWorld’s shareholders of the justice of their claims. Rather, SeaWorld made a business decision. The parks’ image had taken a beating over the past few years from protests at the site, the death of a trainer, a powerful documentary (Blackfish), and local government. Attendance, revenue, and share prices had all faltered as a result. The corporate rebooting of SeaWorld (more rides? more education? different snacks?) is an effort to respond to opponents successfully and salvage the business.

Importantly, SeaWorld gave in only after all the other strategies it came up with failed. Remember, SeaWorld had launched a public relations campaign to dispute the charges made in Blackfish, planted paid provocateurs within the animal rights protests, announced reforms in the handling and husbandry of its orcas, and just months ago filed a lawsuit to challenge the California Coastal Commission’s decision to ban captive whale breeding in San Diego. (We’ve covered the SeaWorld campaign before, here and here.) The protests continued, as did the decline in park visitors. The corporation replaced its leadership team, and the new CEO responded to the real facts on the ground, facts that animal rights activists had helped create.