With the help of Donald Trump, a few hundred white nationalists captured national attention this weekend, eclipsing for the moment

growing international dangers as well as the much larger sustained mobilization of the anti-Trump Resistance. Weapons, provocative symbols, counterprotest, and a death were all part of an awful and unfolding story.

Start: Racism in America long predates the Trump presidency and even the Trump family residency. It’s deeply entrenched in American history–along with organized efforts to move the country to something better. Over hundreds of years, antiracists have been winning, but bending the arc of the moral universe take a lot of hard work, and progress is uneven. And there are always people trying, sometimes successfully, to bend it back.

White nationalism is now mostly marginal. American Nazis, Klansmen, and their allies get attention by provoking larger numbers of their opponents to show up to oppose them.

Brandishing the Confederate battle flag, the swastika, and quotes from Adolf Hitler are good ways to call out the opposition. Picking sites where the racists won’t be tolerated and will be greatly outnumbered, like Skokie, Illinois or Berkeley, California is another.

Charlottesville, Virginia is such a place. Focusing on the plans to remove a statue of Confederate general Robert E. Lee, the white nationalists started last by marching on the campus of the University of Virginia (designed by Thomas Jefferson, ironically, a particularly difficult character in the commemoration battles), carrying torches. It was a lead-up to the Unite the Right march scheduled for the next day.

The Unite the Right 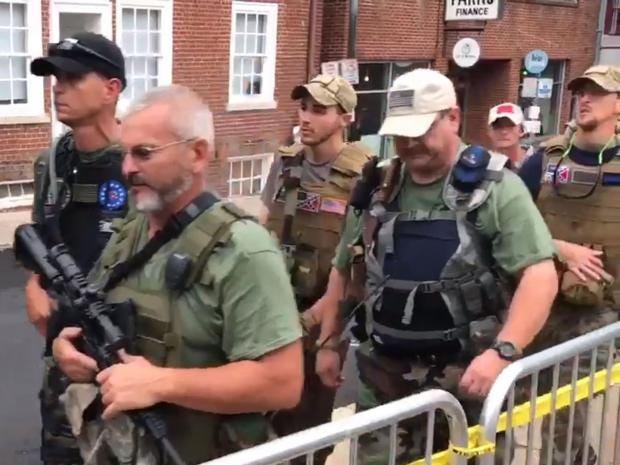 crowd assembled in the morning, some conspicuously armed and outfitted like a paramilitary unit. The anti-racists were out in force as well, in much larger numbers. The nationalists chanted racist and anti-Semitic slogans, announced their support for Trump, and clashed with counterdemonstrators. Local police, aided by National Guardsmen, ordered the demonstration to disperse before it was to start. 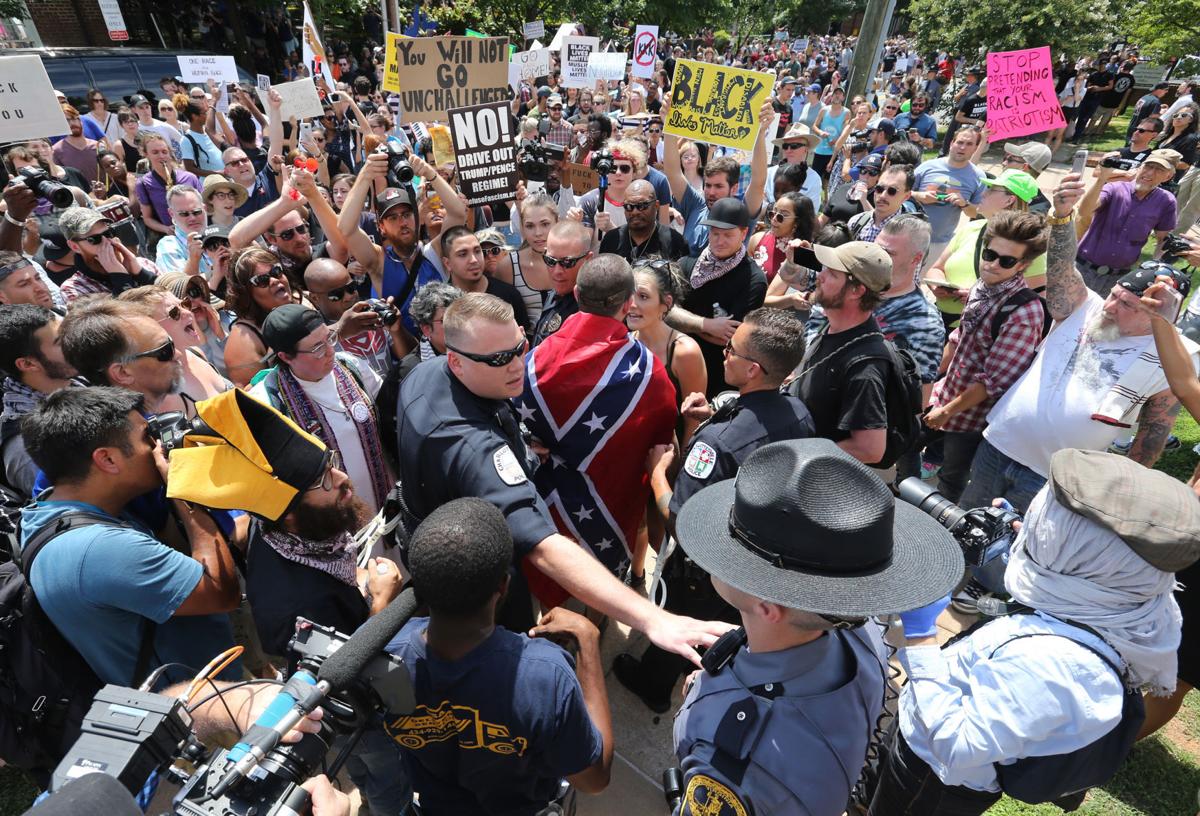 to disperse the planned demonstration before it was to start, and tried to keep the two sides apart. Despite all the visible guns, the critical weapon this time was a Dodge Challenger; someone drove the car into a crowd of anti-racist demonstrators, hitting two other cars, wounding 19 demonstrators and killing one.

Virginia Governor Terry McAuliffe has declared a state of emergency, the injured have been hospitalized, and presumably the outsiders are leaving Charlottesville.

So, how do we make sense of all of this?

Although racism and violence are not new, the number of hate incidents, including vandalism, rallies, and attacks on individuals, has increased since the Trump campaign,

Oddly, despite desperately seeking accomplishments to brag about, Trump won’t claim credit for this one.

He has, however, promoted an environment where members of a marginal tendency in American life gets continual support for their view of the world. In just the past few weeks, the Trump administration has announced plans to fight affirmative action, build a wall to keep Mexican immigrants out, further restrict immigration for Muslims, and purge transgender servicemen and women from the armed forces–as a “favor” to the the military. “Making America Great Again” means advancing a narrower vision of America, returning to an imaginary past in which the others don’t have to be seen, and certainly don’t get jobs and benefits to which they are not entitled.

Whatever Trump says, these demonstrators are clear that they think he’s on their side.  And this fragile president is extremely reluctant to question the judgment of those who support him. Activists respond to signals, and the president of the United States is waving them on. Condemning violence on “many sides,” refusing to mention race, Nazis, or the KKK, the president offers no suggestion that he wants them to stop.

6 Responses to Why Charlottesville?