Effective advocates don’t want to waste a crisis. They try to photobomb into public attention to advance their concerns. Sometimes, it’s a clear fit–in direct response to the challenges of the moment; sometimes, they fly a long favored reform or restriction as a potential solution to a completely unrelated problem.

Conservative movements have tried to exploit the coronacrisis to stop abortions, gun regulation, the protection of voting rights, and the general process of government altogether.

Defining essential services and medical procedures across the states afforded politicians and advocates an unusual opportunity to exercise influence around the edges in ways that dramatically affect lives. Groceries and gasoline and pharmacies were sort of obvious, but stores that sell bicycles or marijuana require at least an argument. Religious services? And no one should want to go to the hospital to have a mole removed when the medical system is overwhelmed by infectious patients. People can, with more or less convenience and relief, put off knee replacements and colonoscopies.

Women who had already decided that an abortion was essential for them suddenly faced a confusing landscape in which access to medical abortions (with or without supervision) or a surgical abortion was suddenly in flux, batted between judges and legislatures. And anti-abortion activists again successfully politicized a medical procedure and pushed it into the political debate. 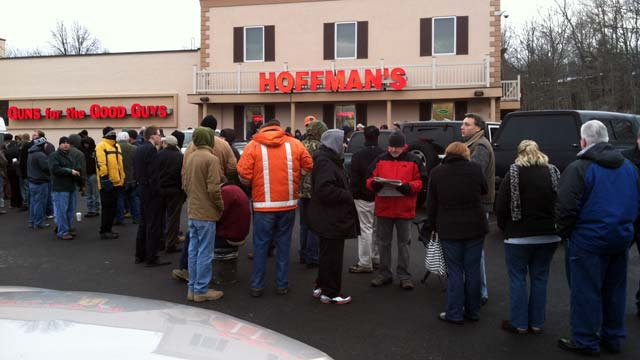 ffusive and extensive than demand for toilet paper, but lines outside gun shops shot down the street and dripped around corners, with little evident social distancing. If things are starting to shut down, well, it makes some kind of sense to make sure you have enough weapons and ammunition, particularly if the toilet paper squabbles escalate.

Look how federalism works: Some states ordered gun shops closed, like clothing and sporting goods stores, while others designated them as essential, therefore remaining open. Local officials battled each other over the details, with some officials choosing to leave gun shops alone just to avoid the fight. That’s a win for the gun rights enthusiasts.

3. The battle over voting in Wisconsin went national, with the heavily gerrymandered, heavily Republican state legislature refusing the Democratic governor’s requests to 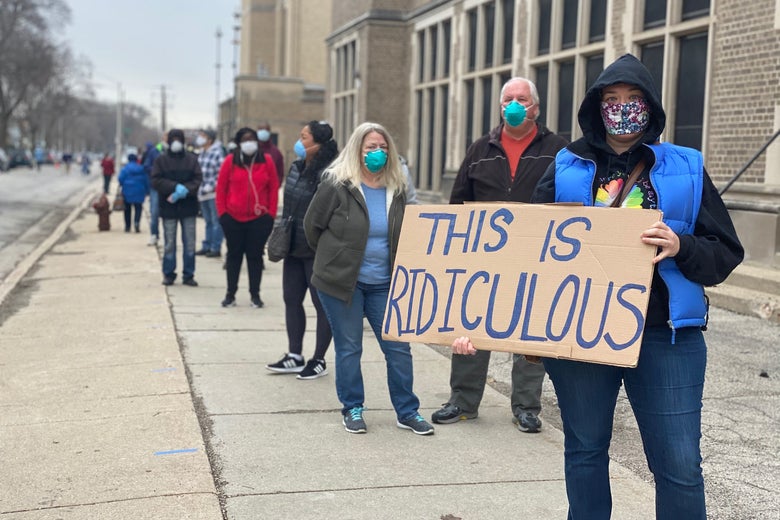 provide universal mail-in ballots or to postpone the election.

The circumstances were egregious: record numbers of people had requested absentee ballots and thousands hadn’t received them.

The US Supreme Court decided, 5-4, that these voting rights were really a minor matter, and reversed a lower court decision that would have extended the timeline for accepting absentee ballots–so at least everyone who requested one would have a chance to vote. (Ruth Bader Ginsburg penned a scathing dissent.) The Wisconsin Supreme Court ruled, 4-2, that the governor could not delay the election. Both decisions were conspicuously partisan: Democrats wanted to make it easier to vote; Republicans didn’t.

The shortage of poll workers meant that the number of places to vote was drastically reduced: Milwaukee normally offers 180 polling sites, but this year it mustered only 5.  This meant that voters, under public health orders to stay at home, could spend a couple of hours in line with hundreds of others to vote.

Voters turned out, maybe in spite, certainly in anger. In the marquee race of the election, a Democratic challenger, Jill Karofsky, unseated Republican Daniel Kelly from his post on that same Wisconsin Supreme Court, even though Trump had endorsed Kelly. Unlike most recent state-wide elections in Wisconsin, it wasn’t close; Karofsky won by more than 120,000 votes, 55.3%-44.7%.

But this isn’t near over. Access to voting rights, in the era of the coronacrisis through mail, has become inappropriately partisan, with the president of the United States arguing that absentee ballots should only be available to people like him—and, presumably, the 7 justices of the Wisconsin Supreme Court, who all voted by mail.

4. Anti-government activists in Idaho are planning a mass gathering to protest restrictions on the size of social gatherings. Ammon Bundy spoke to a planning group of dozens, itself a violation of the state government’s social distance orders. You may remember Bundy, son of rancher Cliven, who took up arms to avoiding paying the federal government to graze his cattle on public lands. Ammon led the armed occupation at the Malheur Wildlife Reserve in Oregon a few years ago.

Government restrictions on a “God-given constitutionally protected right to peacefully assemble,” represent a far greater threat to human welfare than a virus to those assembled. Besides, they don’t really trust expert 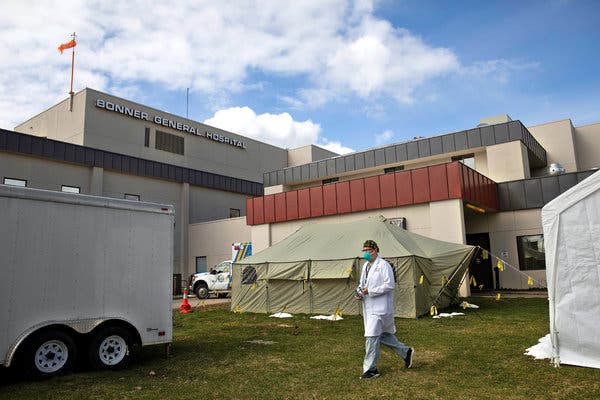 medical advice any more than they trust the government. Vulnerable people could be encouraged to stay at home and protect themselves (with distance….and maybe guns), but that’s it. Ammon announced that he wanted the virus!

In all of these cases, the protesters had well-developed grievances and agendas long before COVID-19 existed. Conservative activists had worked long and hard to restrict access to abortion and the ballot, and strictly limit government regulations on guns and so many other things. They were ready to jump at the new attention and opportunities provided by the coronacrisis.

Such opportunism isn’t activism 101, but it’s certainly well-covered in a basic class.