I’m reposting this reminder about the massive nuclear freeze march, part of an important campaign in the 1980s. Of course, nuclear weapons are not the most salient story today, when the United States is faced with a public health crisis, recognition of a long-stewing problem of  racialized police violence–and racial inequality in general, a steep economic recession, and a president abandoning the rule of law and democratic norms with reckless disregard for their importance.

But there are lots of lessons in the freeze campaign. Not the least of these is that movements (sometimes) matter, and don’t get credit for their efforts unless organizers claim it. The June 12 demonstration made international news in 1982, but is generally edited out of popular histories of the Cold War or the Reagan era. (See if you can find anniversary remembrances in your media feed today, and tell me if I’m wrong.)

The threat of nuclear war isn’t gone, and more than a few developments in the Trump era have made it more pronounced: The United States abandoned an arms control treaty with Iran that was working, while pursuing a kind of detente with North Korea that hasn’t worked. The United States also announced that it would no longer abide by the Intermediate-Range Nuclear Forces Treaty, negotiated in the mid-1980s, and announced that it was withdrawing from an “Open Skies” verification accord first proposed by Dwight Eisenhower, and in force for decades. Bilateral and multilateral negotiations on nuclear arms control have largely stalled. 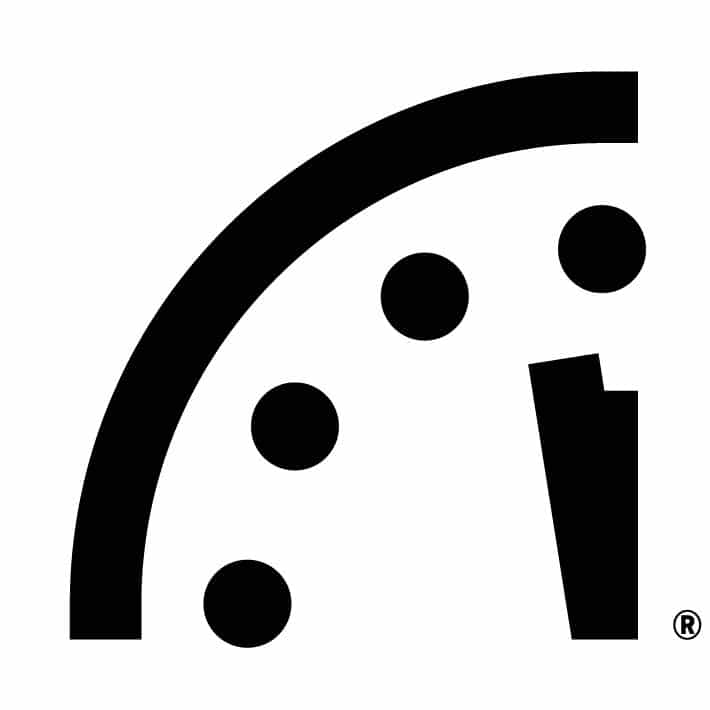 Today, the Doomsday Clock is set to 100 seconds to midnight, the closest to apocalypse that it’s ever been.

Thirty (eight) years ago today, one million people marched in the streets of New York City to protest the nuclear arms race in general and the policies of Ronald Reagan in particular.

Organized around a “nuclear freeze” proposal, the demonstration was a watershed for a movement that seemed to come out of nowhere, not just in the United States, but throughout what was then called Western Europe.

Of course, movements have deeper roots.  Relatively small groups of people have been protesting against nuclear weapons since the idea of nuclear bombs first appeared.  On occasion, they’re able to spread their concerns beyond the few to a larger public.  Such was the case in 1982, when Europeans rallied against new intermediate range missiles planned for West Europe, and when Americans protested against the extraordinary military build-up/ spend-up of Ronald Reagan’s first term in office.

The freeze proposal, imagined by Randall Forsberg as a reasonable first step in reversing the arms race, was the core of organizing efforts in the United States, which included out-of-power arms control advocates and radical pacifists.  Local governments passed resolutions supporting the freeze, while several states passed referenda.  People demonstrated and held vigils, while community groups in churches and neighborhoods organized freeze groups to discuss–and advocate–on the nuclear arms race.

The freeze figured in large Democratic gains in the 1982 election, and Ronald Reagan ran for reelection as a born-again arms controller.  Most activists didn’t buy it, but after Reagan won in a landslide, to the horror of his advisers and many of his supporters, he negotiated large reductions in the nuclear arsenals of the United States and what used to be called the Soviet Union.

The arms control agreements created the space in the East for reforms, reforms that spun out of control and eventually unraveled the cold war and the Eastern bloc.

It was both less and more than what most activists imagined possible.

Do you want to call it a victory?