Putting activists and authorities on alert and cultivating allies

One round of activism can clear the way for the next one–even by other people–to make larger gains.

The wave of protests against racialized police violence has already effectively promoted changes. It started with the arrests and indictments of the officers 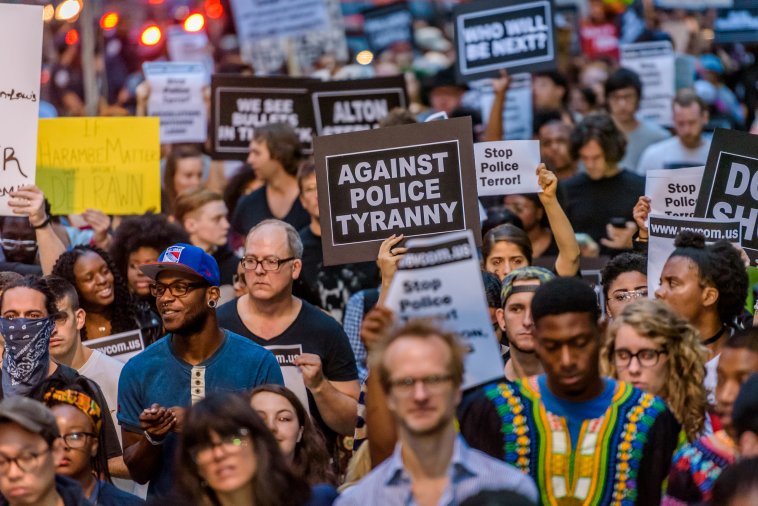 responsible for George Floyd’s death, and has extended to changes in policy in America’s cities. Shifts in what seems possible have been even more dramatic, with calls to defund the police winning some mainstream support, and efforts at better regulation and training winning support everywhere.

This round, however, took advantage of a world that earlier rounds of activism had created. The massive shift in public support for the cause (see  Michael Tesler’s overview, which features many more graphs that I could not copy) and even for #BlackLivesMatter seemed to happen overnight, but you have to remember that dramatic, sometimes disruptive, protests speckled the first Black president’s second term and the 2016 presidential campaign. 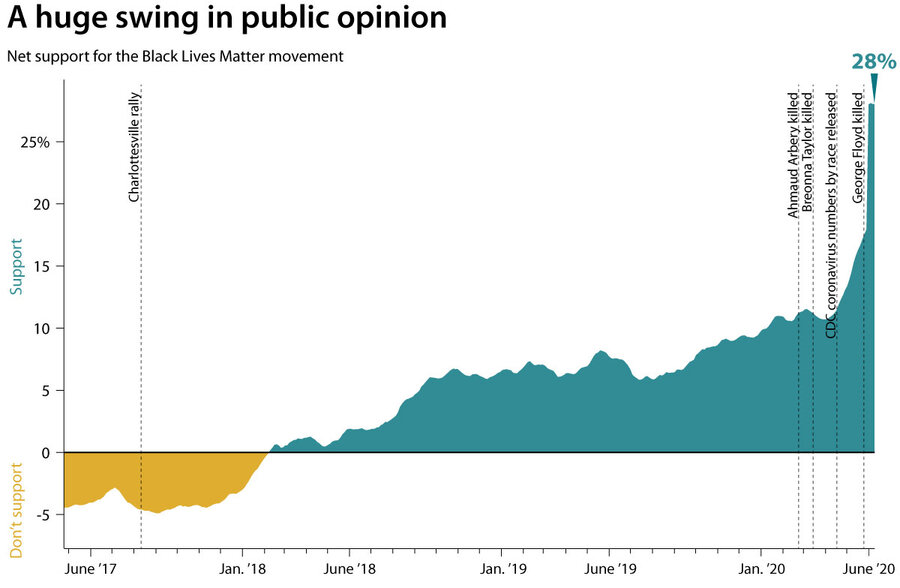 The protests increasingly put Americans, Black then others, on higher alert to a recurrent injustice. Local activists paid even more attention; scholars conducted studies; newspapers published statistics; students worked on campus inequality, and Confederate monuments came under attack–all before the demonstrations and even the horrific killings. And everyone’s taking videos and putting them online.

Today’s activists are pushing on a row of dominoes that so many committed activists lined up over the past few years. Progress that seemed stalled or even invisible was progress nonetheless, opening doors, minds, opportunities for this moment. And today’s offenses are far less likely to pass unnoticed than those even a few months ago.

Donald Trump helped too, but not on purpose. It’s not just that he’s constantly displayed an almost wistful attachment to violence, encouraging people–including police–to beat up anyone he defined as a miscreant. It’s not just that Trump’s political strategy has been based on announcing that he’s not a racist while still signaling that he is.

It’s also that his generally polarizing approach to politics has unleashed a massive resistance movement that started even before he became president. The 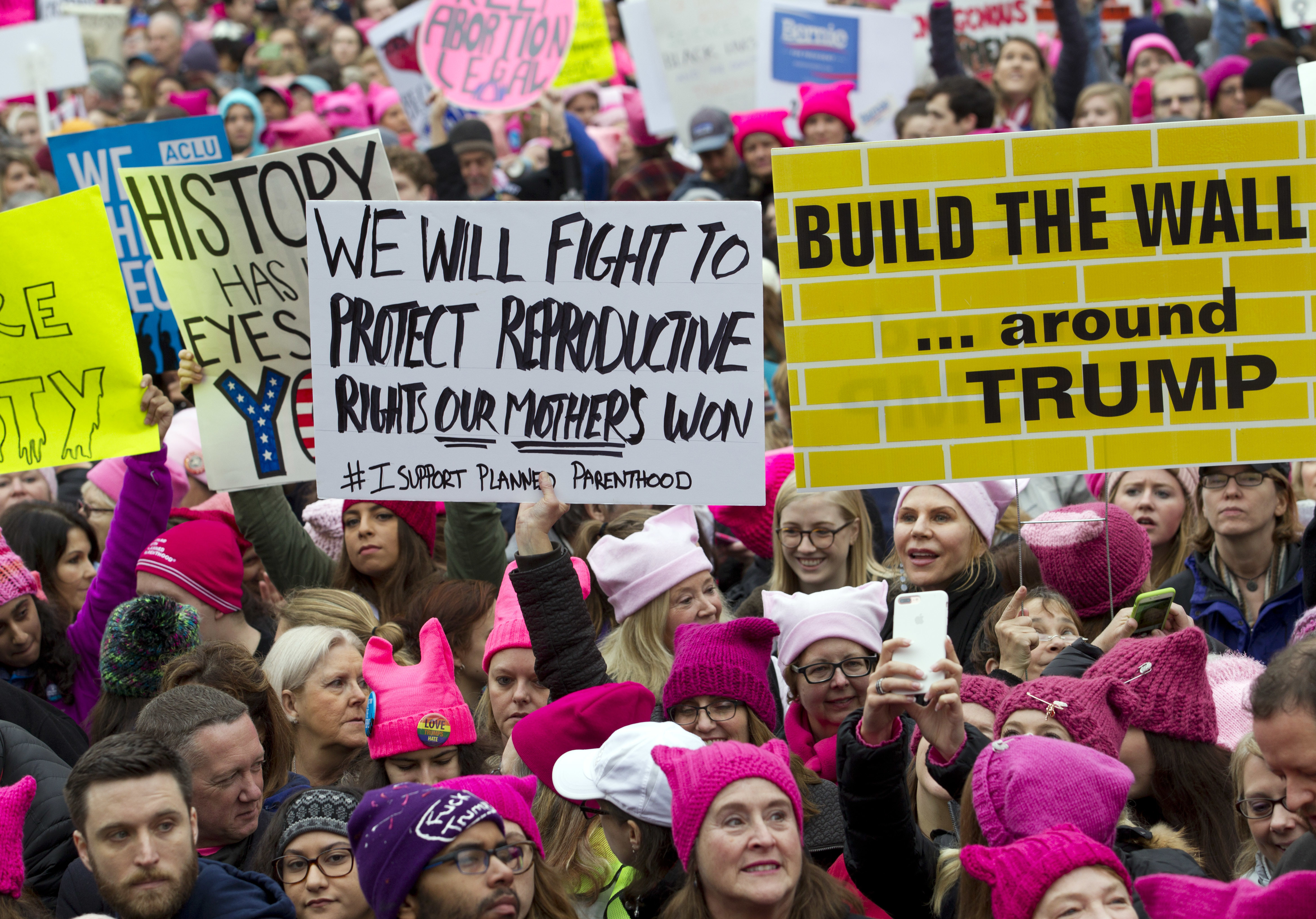 extraordinary Women’s March just after the Trump inaugural marked the beginning of a loose amalgam of diverse campaigns–for immigrants, reproductive rights, tax justice, truth, science, action on climate change, and much more–united, more than anything else, by their opposition to this president. The issues were distinct, but lots of people showed up for many causes. Protest was everywhere.

The presidential campaign sucked some energy, people, and money out of the resistance, and then COVID-19 flattened more of them into quarantine. But, when the racial justice protests emerged, these activists, now experienced and schooled in organizing, were available for coalition. The resistance was a resource; a common antagonist provided unity.

An initial commitment to change the world can take surprising turns, because protest is about learning as well as teaching. And the ultimate outcomes of protest campaigns are never known in advance.

Author and professor of Sociology and Political Science at the University of California, Irvine
View all posts by David S. Meyer →
This entry was posted in Uncategorized and tagged #blacklivesmatter, capacity, Donald Trump, police, race, resistance, rhetoric, women's march. Bookmark the permalink.