March for Our Lives (rightly!) claims credit for NY’s lawsuit against NRA

Political activists don’t get credit unless they claim it. 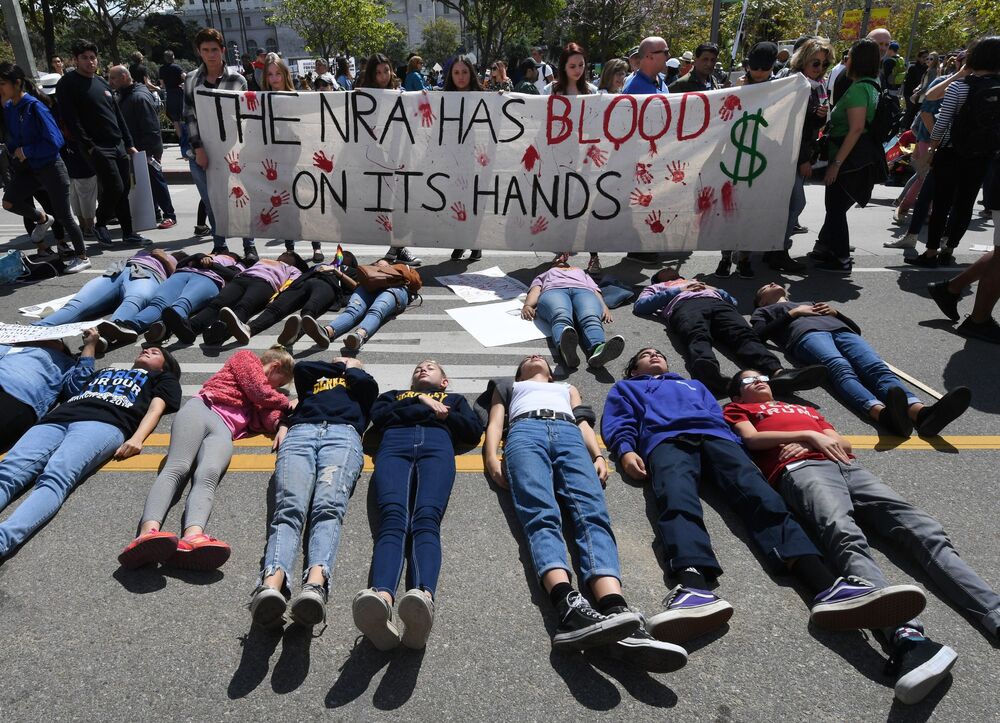 Minutes after New York Attorney General Letitia James announced that she was filing a lawsuit calling for the National Rifle Association to be disbanded, March for Our Lives sent out an announcement applauding the decision, and noting that it had called for such action even before it was founded.

One of the very smart and strategic decisions the Parkland kids made was to target the NRA as the chief obstacle to meaningful reform of gun laws, deploring its money and its corrupt political influence.

More than any specific reform proposals, at the first rallies in Florida, the lobbying trips to Tallahassee and Washington, DC, the national demonstration, the CNN town hall, the pre-election bus tour, and the recurrent attacks on Marco Rubio, March for Our Lives would not let the NRA escape attention or responsibility. Not the first to take on the gun lobby group, they were certainly the most visible and persistent, charming and annoying critics.

“Why do you take so much money from the NRA?” they asked every Republican legislator within earshot.

Of course, they didn’t decide to spend charitable donations on trips to Bermuda, yacht and plane rentals, lavish parties, or shady business deals. The NRA did that on its own.

March for Our Lives made it harder for the NRA to avoid scrutiny and responsibility, working to hang every mass shooting death and every politician resistant to reform on the group and its leader, Wayne LaPierre.

There was plenty of good reporting on the NRA’s corrupt spending before and after the first March for Our Lives; the audience helped create an audience for it. See, for example (a very partial list):

Mike Spies, at The Trace, The New Yorker, and everywhere,

and all over The Trace

Because the NRA was chartered in New York as a non-profit nearly 150 years ago, the state retained responsibility for regulating it. Its job was to make sure the money went to the purposes donors intended and the organization promised. When Letitia James first ran for Attorney General in 2018, while the Parkland kids were touring America, she promised to investigate the NRA. It was good politics; it also turned out to be a very attractive target.

Donors who made contributions to promote gun rights and firearm safety should be angry that their money paid for hotel suites and private jets. Remember, conservative activists, including NRA board members and one-time NRA President Oliver North, had tried to launch an investigation of the group’s spending from the inside, but they were outmaneuvered and ousted by LaPierre.

Young activists, working in a growing gun safety movement, put the pressure on the NRA, making it harder for the group to raise money or to avoid scrutiny. They made it good politics for AG James to launch the investigation, and they’ve made it harder for the NRA to dig its way out.

Parkland activists David Hogg and Lauren Hogg posted a video of themselves celebrating:

The reaction of @lauren_hoggs and I to the New York Attorney General‘s announcement about dissolving the NRA.

The action now will be in the courts, and you could tell a story that edits out the activism. That’s why it’s important and appropriate that the young activists remind themselves and the rest of us that they helped make it happen.

It’s hardly surprising, by the way, that Representative John Lewis (below) marched at the March for Our Lives in Washington, DC in 2018, or that he was a strong supporter of the cause and the kids. Please read the remembrance by Nurah Abdulhaqq and Jaclyn Corin in Teen Vogue.