John Lewis always encouraged young activists. He routinely recounted his parents warning him to stay out of trouble when he left home for 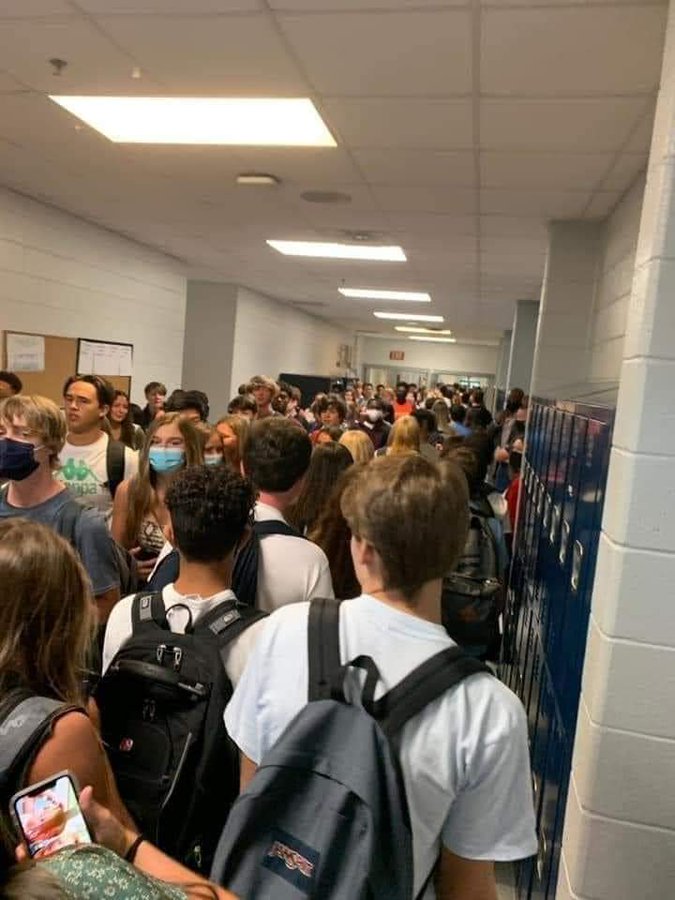 college and a leading role in the civil rights movement. Explaining the protests, the beatings he endured, the arrests and time in jail, he offered that he only got into “good trouble.”

He was a teen when he got involved in the civil rights movement, and the youngest speaker at the March on Washington at 23. The Parkland kids were even younger when they launched a new campaign within the gun safety movement. Although they avoided arrest and imprisonment, they suffered fierce harassment and threats. Good trouble.

Georgia opened public schools this week, despite a surge in Covid-19 infections (running about 3,000 infections and roughly 50 deaths each day last week). Donald Trump and Governor Brian Kemp are enthusiastic about returning to normal, and suggest that young people aren’t really threatened by the novel coronavirus.

When high schools opened, a few photos and videos appeared on social media showing teens bustling in crowded hallways, with only a smattering of masks visible. It looked like a normal suburban high school–a ripe site for spreading infections.

At least two students were suspended for posting the pictures and violating school policy about using phones in the hallways and posting on social media during school hours. The kids who posted were classic whistleblowers, bringing public attention to otherwise neglected threats.

The principal explained that the school was still figuring out how to manage passing between classes. It looks bad, he said, but masks are optional–and how could teachers police a mandatory mask policy anyway?

It’s hard to believe that policing social media is easier, or that high school students nation-wide really adhere to a very sensible policy about staying offline during school hours.

Fifteen year old Hannah Watters, suspended for five days for her violation of school rules, went public. Apparently, she hadn’t been in trouble before. In a charming interview on CNN, she explained that she was okay with this, because it was “good trouble.”

A 15-year-old student in Georgia was suspended after posting a photo of a crowded hallway at her school on social media. Hannah Watters says many students were not wearing masks.

“I took it out of mostly concern and nervousness after seeing the first days of school.” pic.twitter.com/34edEBqTA1

After the interview, Hannah announced on Twitter that the suspension had been lifted.