March for Life 2017, with presidential support

urnout of the Women’s March last weekend, it will be an extraordinary achievement. Unlike many on the left, abortion opponents were able to ignore Donald Trump’s appalling persona and focus on policies.

Looking past Trump’s personal morality and previous support for reproductive rights, anti-abortion activists correctly judged that their prospects for a win were much better with Trump and the Republican Party than with Hillary Clinton and the Democrats. 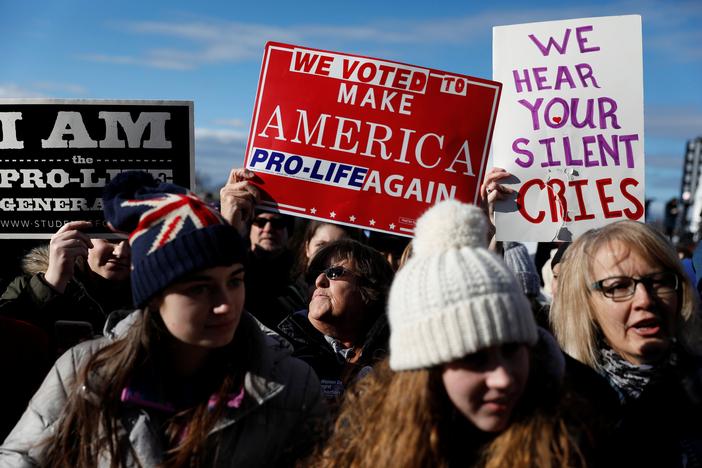 Unlike Trump, Vice President Mike Pence has been a stalwart supporter of the anti-abortion cause–and a broad social conservative agenda–and will speak to the rally in person. He will be the first president or vice president who will actually show up at the march since its conception in 1974 as a reaction against Roe v. Wade. Previous anti-abortion presidents sometimes talked to the crowd on the phone.

Even more important, there’s every indication that the Trump administration will do everything possible to restrict access to abortion and reproductive rights more generally. The resurrection of an anti-abortion gag rule and the upcoming nomination for the Supreme Court mark the first moves to deliver for the anti-abortion cause.

But the anti-abortion movement’s good news on policy should make mobilization tougher. Most people are less likely to turn out for a protest when it doesn’t seem necessary to get what they want. If you’ve helped put allies in power and it’s cold, there’s plenty of other things to do.

In contrast, abortion rights supporters took to the streets in massive numbers last week as they recognized the real threat the Trump administration presented.

Expect the year-long effort to stage the march to turnout large numbers of committed anti-abortion activists again, but, at most, a sliver of the hundreds of thousands who turned out to protest Trump. Expect to see anti-abortion allies play the numbers game and inflate the turnout, while available objective measures (buses chartered, crowd photos, subway rides) undermine those claims. But don’t let those real numbers let you forget that the anti-abortion movement won a big victory in November.

1 Response to March for Life 2017, with presidential support