Start with the flag

The tragic racist killing of nine people at Charleston’s African Methodist Episcopal Church, following a year of activism around #blacklivesmatter, drew unusual attention to a range 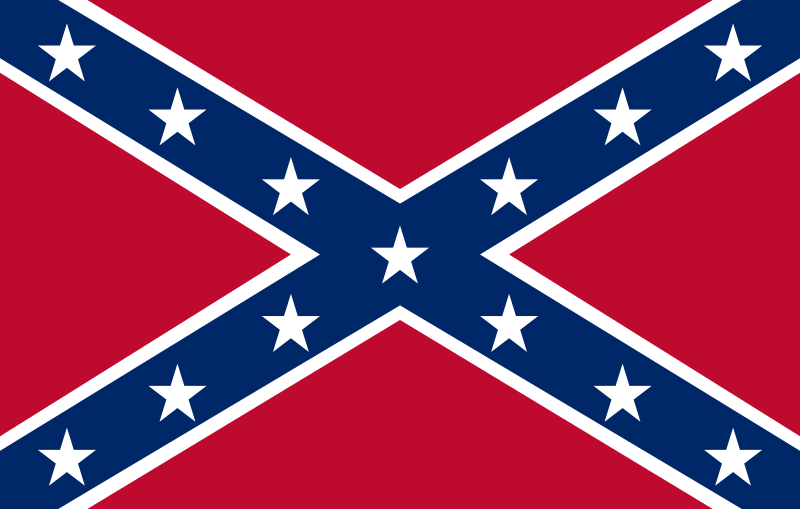 of issues around political and economic inequality.  Striking the battle flag of the Army of Northern Virginia from government display is a welcome–and modest–response.  It offers us an opportunity to think about what such symbols mean to organizers and movements.

This Confederate flag came to represent the Confederacy as a whole only after the end of the civil war, serving as an evocative standard for the Ku Klux Klan in the years after the war.  Like all flags, this one was built around a myth.  This one was meant to inspire pride and loyalty from white Southern men, and to terrify and warn others.  Very few people will now claim the second purpose, but that’s one thing such symbols can do.

I can understand how this stuff matters at a visceral level.  As a boy, even seeing the Nazi

swastika made me tense and alert in an uncomfortable way, knowing that standard sanctioned unprecedented racist violence–directed at people just like me.  (Its ubiquity in movies and a stupid sitcom ameliorated this somewhat.)  In the service of an idea of free speech and democratic discourse, America allows people to deploy offensive speech and symbols.

The swastika symbol dates hundreds of years prior to the Nazis, and even the establishment of Germany, and a history of sacred connotations in several Asian religions.  But the Nazi regime, World War II, and the Holocaust crowded out alternative interpretations–at least in the West.

When the American Nazi Party was looking to resurrect itself, it boldly deployed the flag in a march through Skokie, Illinois, a community that was home to a large population of Jewish survivors of the Holocaust.  The flag was supposed to make the community scared or angry; it was supposed to provoke a reaction, and inspire young racists to rally around it.  Skokie wanted to stop the march; the state of Illinois wanted to constrain it.  The American Civil Liberties Union, which has always enjoyed substantial Jewish support, defended the Nazis’ right to demonstrate and display the flag.  Doing so was completely consonant with its values, but extremely risky in terms of support; the organization lost money and membership in the service of principle.  The actual 1978 march, when the Nazis were outnumbered by counterprotesters, was something of an anticlimax.  Maybe this is how free speech is supposed to work.

But government agencies in America never displayed the swastika.

The Confederate flag has been resurrected to unite the Klan, and then again in 1948 when Strom Thurmond led a breakaway faction of Southern Democrats (Dixiecrats) in a presidential campaign based on maintaining segregation and white supremacy.  The failed electoral campaign fed into a broader Southern resistance to civil rights, and pieces of the Confederate standard started appearing in counterdemonstrations and in government buildings and Southern state flags.  Framed as heritage or values or history, it was nonetheless rooted in racism.  Over not too much time, politicians of all stripes (and stars), sports teams, and entertainers grabbed that flag too, without necessarily endorsing separatism or white supremacy.

But if the flag were an innocuous symbol, no one would fight to keep it flying.  A troubled young man could find echoes of his beliefs not only the websites of hate groups, but in official displays of local governments.  And that flag meant the same thing to him as it did to millions of others who detested it, but had to learn to project tolerance.

But government endorsement is quite another thing.  South Carolina Governor Nikki Haley had it right this week, when she called for the removal of the flag from South Carolina State House grounds: “Today we are here in a moment of unity in our state

without ill will to say it is time to remove the flag from our capitol grounds.  This flag, while an integral part of our past, does not represent the future of our great state.”

It’s hard to see this as only the right thing to do morally.  Governor Haley, and the phalanx of politicians surrounding her, also understood the politics quite well.  A crazed gunman had made the toxicity of the symbol visible, and those who cared deeply about the old battle flag were no longer powerful enough to worry about too much.

Striking the flag isn’t nothing, but it is the least they can do.

2 Responses to Start with the flag